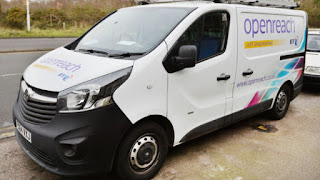 BT has bowed to demands by the telecoms regulator Ofcom to Legally Separate Openreach, which runs the UK's broadband infrastructure.
Ofcom said that Openreach will become a distinct company with its own staff, management and strategy "to serve all of its customers equally".


It must consult with customers such as Sky and TalkTalk on major investments.


Openreach controls the fibre connections, ducts and pipes behind the UK's broadband infrastructure and sells access to BT's rivals, such as TalkTalk and Sky.
The regulator had threatened to force BT to legally separate Openreach.


However, Ofcom said on Friday that the company had agreed to all of the changes needed to address its competition concerns.


"As a result, Ofcom will no longer need to impose these changes through regulation. The reforms have been designed to begin this year."