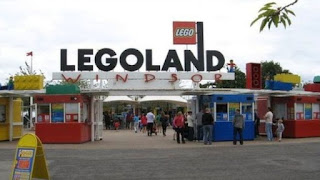 A cannabis farm has been discovered inside a Derelict Cottage on land owned by Legoland Windsor theme park.
The plants were found during "routine checks" by park staff on Monday.


It is thought the building - outside of the park resort but on the theme park's land - was accessed from nearby land owned by the Queen.


Thames Valley Police are currently on-site investigating the discovery of the plants and equipment.
A Legoland spokesperson said the building "appears to have been accessed via the Crown Estate".


The arrested men have been bailed until 28 February.

Monsters, music and faded glamour: Cr…
It’s Me – Chapter 25
Park Centraal Amsterdam
How to Get a Girl to Have Sex With Yo…
Best French Press Travel Mugs for Tas…


This post first appeared on Quest Times, please read the originial post: here
People also like
Monsters, music and faded glamour: Crystal Palace Park, south London
It’s Me – Chapter 25
Park Centraal Amsterdam
How to Get a Girl to Have Sex With You: 5 Tips
Best French Press Travel Mugs for Tasty Coffee Everywhere
Remote Learning – What I’m Doing Before School Starts
Adam Lawson interview I The EIGHTH, upcoming projects and more!
Learn with Blippi about Animals at The Ranch and More Blippi | Educational Blippi Videos For Kids
9 Ways to Design A Home With A Coastal- Hampton Vibe