Pound falls ahead of Theresa May Brexit speech 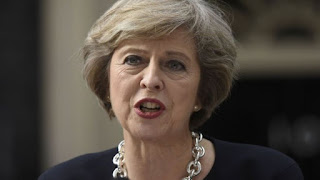 The pound has hit its lowest level for more than three months on reports Britain was set to quit the EU single market as part of its Brexit plans.
Sterling fell below $1.20 before bouncing back slightly on Monday.


The pound also dropped to a two-month low against the euro, falling more than 1% to about €1.13 in Asian trading.


Analysts said traders were reacting to reports that UK Prime Minister Theresa May would use a speech on Tuesday to signal a so-called "hard Brexit".


That is a term used to imply prioritising migration controls over single market access.
The pound has fallen about 20% against the dollar since June's EU referendum, to lows last regularly seen in 1985.


Much of that volatility has been due to uncertainty about the economic impact if the UK gives up its tariff-free access to the EU.

Pound falls ahead of Theresa May Brexit speech