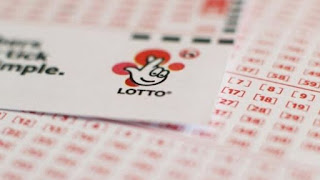 The Gambling Commission has fined National Lottery operator Camelot £3m for poor controls which lead to a "deliberately damaged ticket" winning.
Camelot told the BBC the suspect payout was £2.5m, and was paid in 2009, but only came to light last year.


The commission said it was not 100% certain a fraud had been committed, but it was satisfied it was highly likely.


Camelot apologised, saying it was a one-off and had nothing to do with the National Lottery's integrity.


It said no other winner had missed out on any payment and stressed this could not happen now as it had improved its systems.