All new police officers in England and Wales to have degrees 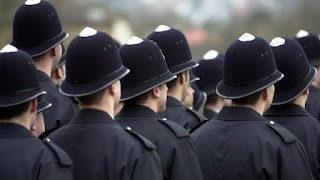 All new Police officers in England and Wales will have to be educated to Degree level from next year, the College of Policing has announced.
Under significant changes, prospective officers already with a degree can do a funded post-graduate conversion course.


Alternatively, they can do an unfunded degree in policing or complete a paid three-year "degree apprenticeship".


The Police Federation, representing the rank and file, said it was glad no minimum requirement had been imposed.


Currently, recruitment requirements vary from force to force, with some insisting applicants have A-levels or a certificate in policing and others demanding experience in a policing role.
The College of Policing, which is responsible for setting standards of ethics and training for the police service, said about a third (38%) of those currently going into policing officers have a degree or post-graduate qualification.

All new police officers in England and Wales to have degrees