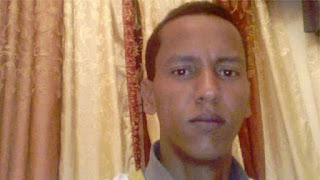 A body of Muslim Clerics in Mauritania has called for the death sentence to be carried out against a blogger convicted of apostasy in 2014.
Mauritania, an Islamic republic, has not applied a death penalty since 1987.


The Forum of Imams and Ulemas says Mohamed Ould Cheikh Ould Mkhaitir, 29, should be executed despite the fact that he repented for an article criticising Mauritania's caste system.
The clerics want him to be killed according to the "law of God".


The blogger was arrested in January 2014 for an article in which he lashed out at those who use religion as a means of discrimination against members of certain ethnic groups.
The article was later taken down as it was deemed blasphemous towards the Prophet Muhammad.
Mkhaitir then apologised and said he never meant to insult the Prophet.


Mauritania's Supreme Court can pardon him if it feels his repentance is sincere.


But ahead of the court's decision on Tuesday, the body of clerics said the blogger should not be shown any mercy.


"We demand that the competent authorities apply the law," the Forum of Imams and Ulemas was quoted by Reuters as saying in a statement.


"Kill him and bury him in conformity with the law of God," the statement added.