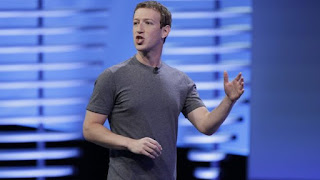 Despite the best efforts of Mark Zuckerberg to downplay Facebook’s role in the election of Donald Trump, the scrutiny of how Fake News is spread on the platform has intensified.
Buzzfeed News is reporting that "more than dozens" of Facebook employees have created an unofficial task force dedicated to addressing the issue.


Buzzfeed quoted one member of that task force, who did not want to be named over fears for their job.


“[Mark Zuckerberg] knows, and those of us at the company know, that fake news ran wild on our platform during the entire campaign season,” the source said.


Facebook has not responded to the BBC’s request for comment on Buzzfeed’s report.
Meanwhile, Google on Monday announced it would do more to prevent fake news sites from making money through advertising.