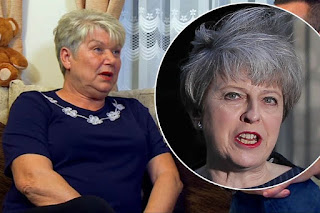 Gogglebox viewers praised Jenny after she gave her very frank opinions on the upcoming UK general election.
The show's sofa pundits were giving their hilarious opinions on Theresa May's announcement this week that the nation will have a snap election on June 8.

Teenage defibrillator game dangerous …
What Does Living an Independent Life …
101 ideal activities for my new life …
Alien Abduction: Close Encounters In …
THE ONE
Jenny, 61, wasn't very happy about the decision and was particularly worried about the run-up to the big day, as she said: "For the next two months all you'll smell is bulls**t."
Fans of the show thought her analysis was "spot on" as she spoke about the political news with best friend Lee in her caravan in Hull.