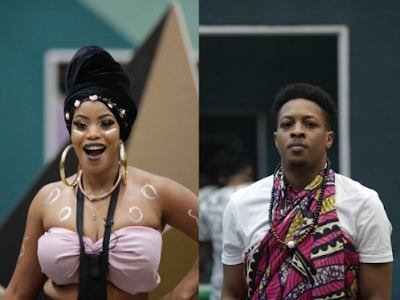 After two weeks in the House, Ese and Jon the 'Fake' housemates in Big Brother Naija have been evicted.The eviction process was quite dramatic as Biggie sent out Ese, Bally, Bisola and Jon but at the end of the day, only Ese and Jon were evicted.

Men's Winter Slippers Warm Indoor And…
10 Best Restaurants in St. Augustine
14 Best Black Friday Deals on Refrige…
Ese and Jon were put in to stir up drama and cause fights between the original housemates. This was successfully done to an extent as fights broke out eventually.