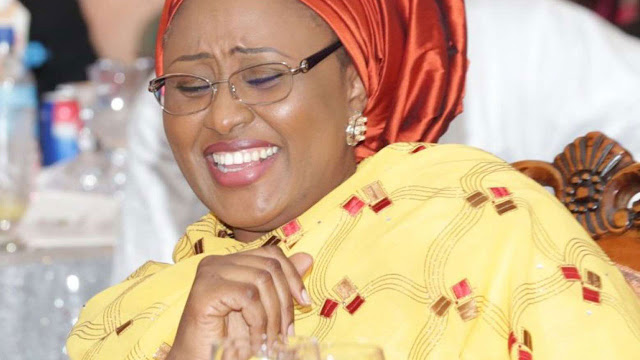 On at least two occasions in July and October, 2016, Mrs. Aisha Buhari, wife of Nigeria’s President Muhammadu Buhari, traveled to London with a large entourage, a fact that contradicts her recent claim that she only travels with her family members. Following an investigative report by SaharaReporters detailing how Mrs. Buhari and some top officials in her husband’s government receive irregular funds from the Nigerian High Commission in London, the First Lady’s office issued a rejoinder widely published by Nigerian newspapers to dispute our report. The statement claimed that Mrs. Buhari only travels with members of her family.

During the July visit, Mrs. Buhari was scheduled to stay at the vacant home of Nigeria’s Ambassador to the United Kingdom. She was also expected to travel to other parts of the world while her entourage remained in London for three weeks.

Another document obtained by SaharaReporters shows that Mrs. Buhari was in London in October 2016. During that trip, the High Commission allocated the sum of £10,000 for expenses, including an elaborate VIP reception on her arrival at the airport. The memo revealed that the First Lady was booked to receive VIP treatment at Windsor Suites at Heathrow that cost £1,500 per passenger. She was then scheduled to attend an event in Brussels and other places before returning to London. The event was widely reported in the media.

Several sources in London and Abuja told SaharaReporters that Mrs. Buhari has made several trips to the UK since her husband’s inauguration as President. In some instances, the President’s Office claimed that private organizations or individuals paid for Mrs. Buhari’s trips.
Source: Sahara reporters