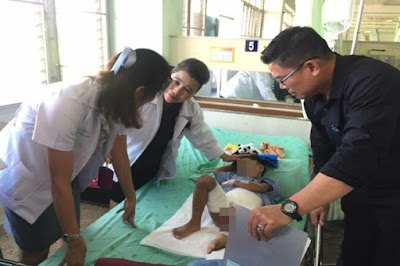 A five-year-old boy was callously dumped at a hospital after being battered  and boiling water poured on his genitals.
Police are hunting a man and a woman who claimed to be the child's parents before fleeing.
A spokesman from Pathum Thani hospital said: "The boy is being treated and he is getting much better.
"The police and social services are still trying to find the family. We don't know who the people were that brought him in.
"We don't know who could do this kind of thing to a child." 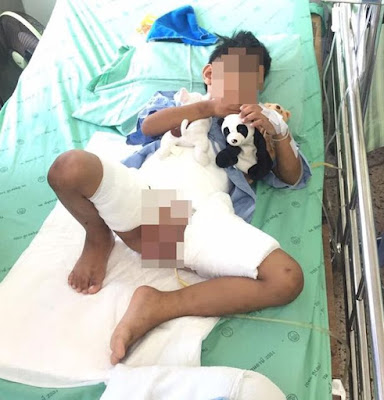 Social workers identified the boy and visited his family home with police - but it was empty.
Neighbours said the man and woman had gone away to work in Uttaradit, northen Thailand- some 280 miles away.
Police believe the two people who left the boy at hospital were not his parents and are still trying to trace them.
An officer at the Thunyaburi police station said: "The boy has had some terrible injuries. But he has been very strong. The people who did it must be caught and punished.
"He's told us his name and where he lives so we can work to find them.
"He'll be in hospital for about a week or two longer then he will be cared for at a children's home."