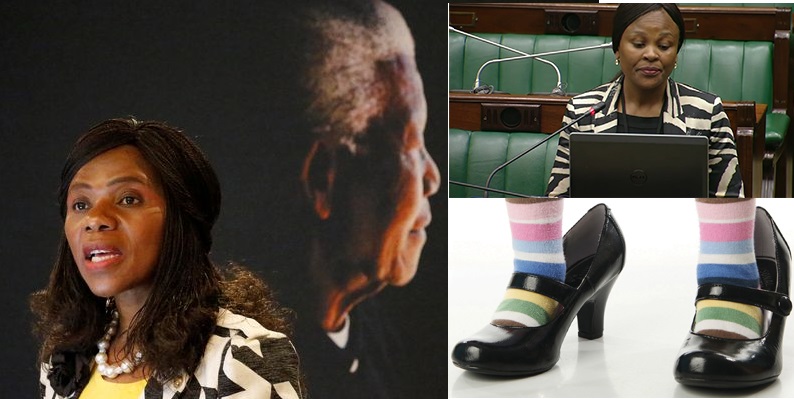 President Jacob Zuma has appointed Advocate Busisiwe Joyce Mkhwebane as the Public Protector for a period of seven years with effect from October 15, 2016.

The Presidency announced in a statement on Thursday that the appointment was made in terms of section 193(4) of the Constitution, and on the recommendation of the National Assembly.

Zuma also thanked outgoing Public Protector, Advocate Thulisile Madonsela for her services and wished Advocate Mkhwebane all the best in the execution of her new responsibilities.

Her candidacy was endorsed with an overwhelming 263 votes during a debate in the National Assembly on September 7. A total of 79 MPs voted against it, while 1 MP abstained.

Only the Democratic Alliance opposed her nomination and accused her of being a spy on the State Security Agency’s payroll.

Meanwhile, Zuma is on Thursday expected to meet with Madonsela to answer her questions about the Gupta family’s alleged influence on Cabinet decisions.

Madonsela started her probe into allegations of state capture in March, after the Catholic Dominican Order asked her to investigate.

She is trying to conclude her preliminary report into state capture before leaving office on October 14. She had said she was in a race against time.


This post first appeared on The Edge Search, please read the originial post: here
People also like
A Balanced Response to Allen Gwinn
7 Reasons Why You Should Hire A Female Divorce Attorney
How to Respond to Patients Who Decline Recommended Treatment
What’s Up With WhatsApp: Will 2021 Be The Year of Compromised Privacy?
45 Best Business Coaches to Follow
With Depression – 7 Reasons Average is Electrifying
Blues Rock Vocalist Sari Schorr Releases Video ‘The New Revolution’
10 Ways To Be Proactive and Stand-Up For Social Justice Everyday