Kenyan actress Lupita Nyong’o is in Mzansi to promote her new movie, “Queen of Katwe”. 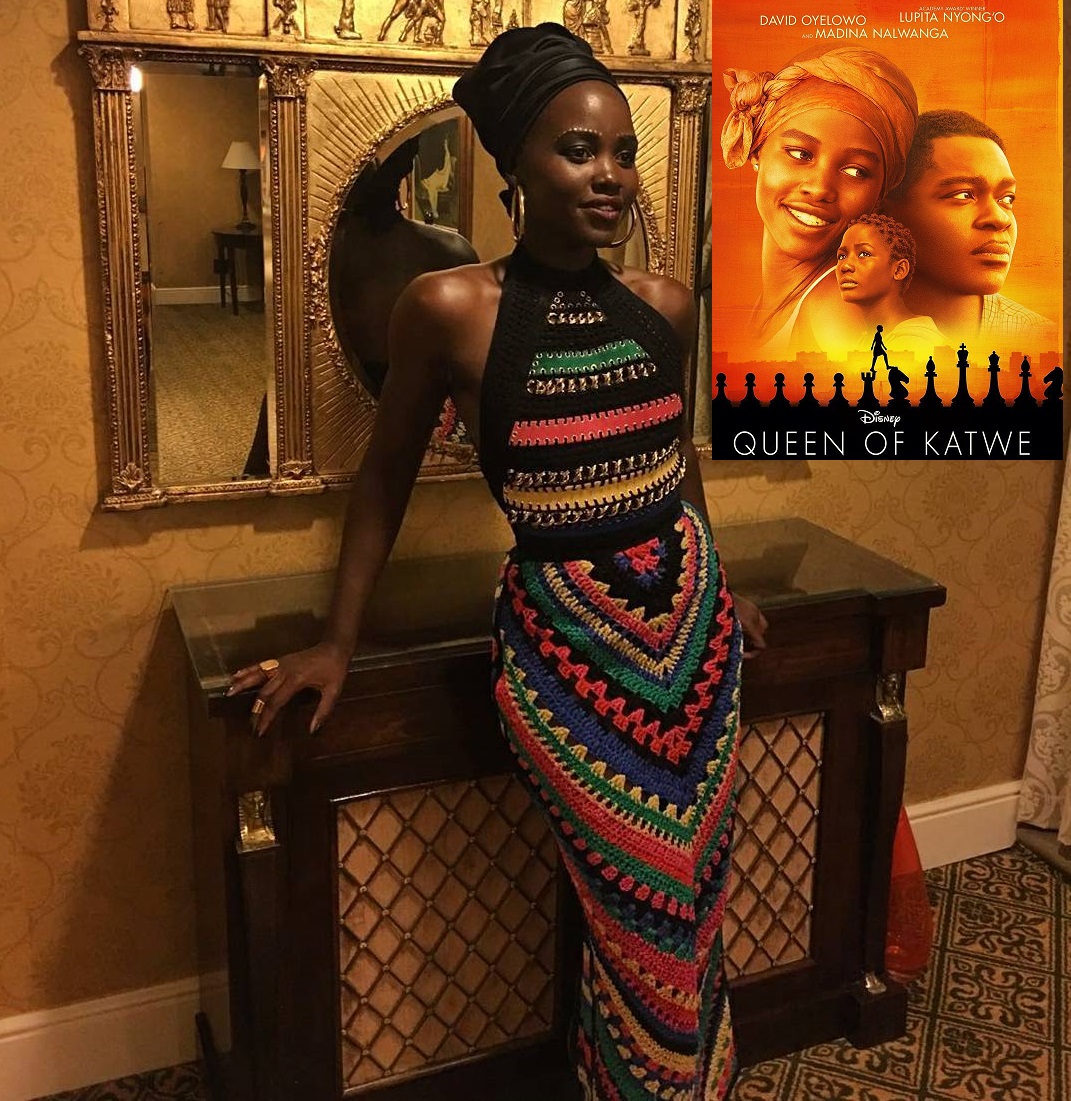 Internationally acclaimed Kenyan Actress Lupita Nyong’o is in Mzansi to promote her new movie, “Queen of Katwe”.
The film  is based on the vibrant true story of a young girl from the streets of rural Uganda whose world rapidly changes when she is introduced to the game of Chess, and, as a result of the support she receives from her family and community, is instilled with the confidence and determination she needs to pursue her dream of becoming an international chess champion.

It was directed by Mira Nair from a screenplay by William Wheeler,  produced by Lydia Dean Pilcher, and John Carls, with Will Weiske and Troy Buder serving as executive producers. The film stars Golden Globe nominee David Oyelowo, Oscar winner and newcomer Madina Nalwanga.
Madina plays the role of 10-year-old Phiona Mutesi (Nalwanga) and her family, life in the impoverished slum of Katwe in Kampala, Uganda, is a constant struggle. Her mother, Harriet (Nyong’o), is fiercely determined to take care of her family and works tirelessly selling vegetables in the market to make sure her children are fed and have a roof over their heads.
When Phiona meets Robert Katende (Oyelowo), a soccer player turned missionary who teaches local children chess, she is captivated.
Chess requires a good deal of concentration, strategic thinking and risk taking, all skills which are applicable in everyday life, and Katende hopes to empower youth with the game.
Phiona is impressed by the intelligence and wit the game requires and immediately shows potential. Recognizing Phiona’s natural aptitude for chess and the fighting spirit she’s inherited from her mother, Katende begins to mentor her, but Harriet is reluctant to provide any encouragement, not wanting to see her daughter disappointed.
As Phiona begins to succeed in local chess competitions, Katende teaches her to read and write in order to pursue schooling. 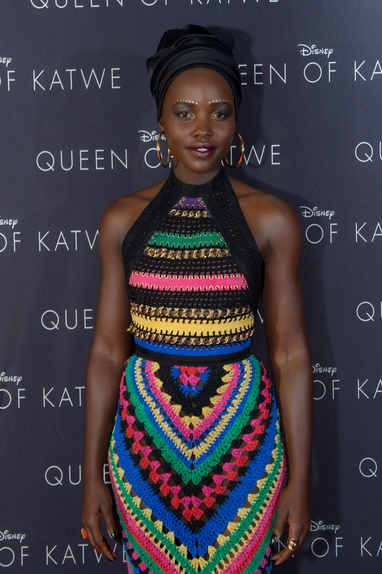 She quickly advances through the ranks in tournaments, but breaks away from her family to focus on her own life. Her mother eventually realizes that Phiona has a chance to excel and teams up with Katende to help her fulfill her extraordinary potential, escape a life of poverty and save her family.
Disney’s “Queen of Katwe” will open in cinemas in Africa from October 7, 2016 and in South Africa on October 14, 2016.
What the movie trailer here:

Kenyan actress Lupita Nyong’o is in Mzansi to promote her new movie, “Queen of Katwe”.