5 Funniest Nigerians on The Planet

A growing wave of comedians is now visible on the Nigerian landscape. It is not just making the residents of the country laugh, but even the diaspora. Since laughter is undoubtedly the best medicine in any situation, there is no reason why one should not have a laugh or two by watching them. In fact, almost every person having a good laugh turns into a fan.

Top 10 Sites to watch Telugu Movies O…
Sex Tips for Men: How to Be Better in…
Crunchyroll – How to Watch Anime Onli…
Office Life
Best Coffee on Amazon – Pick the Fine… 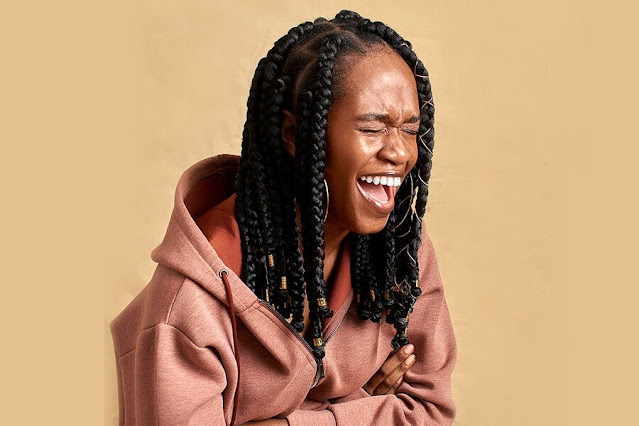 Accelerated by the pandemic

Although there was never a dearth of comic talent in Nigeria, much of it came to the forefront after the recent countrywide lockdown observed since March 2020. Suddenly people realized that they had much more free time on their hands, which led to the creation of the best Naija Comedy videos. There was a massive audience which felt bored, which led to several individuals creating skits and sharing them on social media. Sketches were generally short and consisted of different caricatures and characters. Many of these videos became viral too.

Not much of a history

There isn’t too much history of these comedians in Nigeria. However, after a modest beginning, there are some who have steadily risen to the top. Here is a list:

His real name is Nosa Afolabi, and manages to play a large number of characters online. These characters include poets, Internet scammers, poets, middle class family members, and doctors, whom he’s started portraying recently. Professionals haven’t been too fond of his jokes since they’ve often been targets, but others have enjoyed these thoroughly.

Josh Alfred’s skits hit hard since they are loaded with interesting wordplay and strong punchlines. A lot of people have seen him use a funny, oversized pink coat during press shoots. He created the skit ‘Don’t Leave Me’ in March, which became viral across the world. From South Korea right up to the US, this skit has been recreated. In one shot, he says’ “Can’t you see I’m on leave?” Here, he can be seen actually standing on two leaves.

Mr. Macaroni is a character created by Debo Adebayo. Interestingly, this character, shown as a sophisticated businessman, keeps falling into trouble by chasing women. Some of his most popular catchphrases are “fantabulous”, “freaky freaky”, and “You’re doing well.” These are now being used in Nigeria as part of everyday vocabulary.

This is the name of Gloria Oloruntobi, who has a habit of being ambitious with respect to her parodies. She manages to play five different characters, and gets to fit them all on screen simultaneously. The comedy highlights simple and sometimes awkward conversations with parents, children, business owners, government officials, friends, and more. One of the skits shows her satirizing reactions of Nigerian parents to watching sex scenes on screen with their children. This ski, which is one of her most memorable ones, has been watched more than million times on YouTube. Her talent has helped here garner a lot of fame over the years.

Apaokagi Maryam, better known as Taooma, already has 1.8 million followers on Instagram and Twitter. The number of followers is not quite as surprising as her young age- 21 years. She is known to satirize a typical Nigerian household where conservative and patriarchal ideologies clash with a young lifestyle. The female child is expected to always be ‘decent’ and not bring shame in any way, such as an ‘unwanted pregnancy’. Her kits are very melodramatic and she makes hilarious use of props like fake beards and head wraps.

There are a number of reputed websites on which one can watch these short and humorous skits. The top websites always update their content on a regular basis. Since most of us are already on the Internet for most of the day, it is advisable to spend some amount of time on these websites as well.

Women making a mark in comedy

As is visible above, most of the people making it big in comedy are men. However, there are a few women who have been making their mark here since some time, which is why they certainly can’t be ignored. One example is Maraji, whose example of parents watching intimate scenes with children is already very popular. Her technique is to make use of everyday situations to create laughs, as seen here. Though TV has been hitherto dominated by men, the boundaries of comedy are stretched more on the Internet, which is giving her and others like her a chance to come forward. Nigeria is already home to a massive film industry, ranked among the top five. Internet, which includes YouTube and Netflix, have been able to give Nollywood a worldwide reach. Many of these comedians have managed to gain success by poking Nigerian culture from inside. Although one might see amateurish camerawork in the videos, it adds to the charm of the overall package.

5 Funniest Nigerians on The Planet