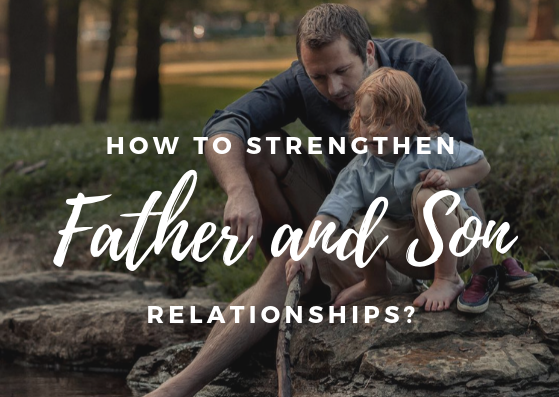 The Relationship between a Father and his son can be quite difficult to develop and maintain. Fathers and sons do not always relate to one another, especially if they have different interests. Sometimes dads and sons feel competitive against one another. Sometimes their male tendencies to not speak out the feelings are compounded as both want a better father-son relationship, but neither one quite knows how to go about it.

9 Greek Islands – Mykonos
EP: DarQknight – Elements
Weedsday Playlist: Grow Medicine Foun…
Where Mount Rushmore is Located
How Much Does A Betterhelp Online Cou…
The Bond Between Father and Son
The bond between father and son is unique and incomparable with any other bonds they might share with others. A father is his son's first hero. Ever since the moment he was born, he has looked up to his dad, admiring him, growing up with a dream to be like him one day.
Fathers may be the heroes for their sons, but the sons are the future for their fathers. That's why every single achievement of the son makes a father the happiest person in the world.
They give their all to make their sons the men they always aspired to be. So at his vulnerable moments, every son should be the support for his father.
The bond between father and son is incredibly important so that you have to spend some time to build it. A guaranteed way for a boy to have problems in life is to have someone other than his father or a strong masculine father figure as his main source of knowledge and behavior patterns during his upbringing.
The best thing a father can do for his son is to show a good example of the man he wants him to be.
Distant Father-Son Relationships
The father’s role in a child’s life has an important influence on the child’s self-image, capacity to form positive relationships, and moral development.
Boys who have lost close ties with their fathers often attain lower levels of academic achievement, have difficulty developing a healthy masculine self-image and demonstrate rebellious, aggressive and impulsive behavior.
The impact of distant father-son relationships carries meaning into the life of children. And so distanced sons grow to be men unsure what healthy intimacy looks like.
Psychologists who specialize in the area agree that the father-son relationship is one of the most complicated in a man’s life and that it’s a relationship that can affect all others.
Unsatisfied expectations on both sides can leave fathers withdrawn and sons annoyed. But even when there’s no open warfare, many men look for a deeper friendship with the men who raised them. Building that kind of rapport can be a hard work, but the rewards are commensurate with the effort.
The fathers who are involved with their children have children with better language skills and fewer behavioral problems.
How to Have a Better Relationship with Your Dad
Of course, you love your parents — that’s a given. But at times, the father-son relationship can be fraught with communication problems and anger. Here's how to have a better relationship with your dad:
Reminding your dad of things you used to do together when you were a child can be one way of finding common ground.
Just because he's your father, don't expect that you know everything about him. Try asking him some questions you might ask any new friend. You may find that your father is more interested in talking about himself than he is in talking about you.
Whenever you're tempted to get defensive or irritated at your father, think about what you like about him. Also, you can say something warm to him, you can please your daddy via father and son quotes.
Just spending time together can help your daddy connect with your life.
Being able to find forgiveness in the relationships with the fathers is a major step for sons in mending hurt feelings – and in being able to move forward with their lives.
Dads and sons can have various relationships. It’s really sad if they are limited to the biological relationships only, but if you are in good connections with your father, you are a truly happy person.