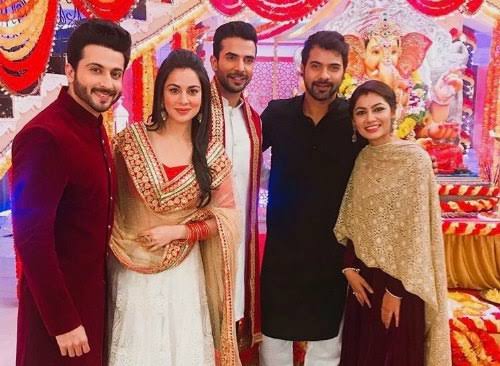 Coming up on This is Fate this December 2018:

Wednesday 12 December 2018
Episode 01
Preeta's wedding has just been called off and the two sisters have just lost their father.


This is Fate also translated in India as Kundali Bhagya is a new and exciting series coming to Zee World in December. It will replace My Golden Home which is going for a season break then. This is fate can also be referred to as Fate in our Stars or Fate of our Stars.

The show This is fate is a spin-off of the popular and much-loved Twist of fate. It centres around Pragya and Bulbul estranged sisters (Preeta and Shruti) who had been living with their father Raghuveer.

It is also produced by Balaji Telefilms, an Indian entertainment company known for producing successful India serials that engage viewers for a long time. Their shows rake high TRPs and are amongst the most watched shows of the Year. This is Fate stars Shraddha Arya, Dheeraj Dhoopar and Manit Joura in lead roles.

Kinguin – Up to 20% discount on The E…
Ancient Gods: History of the World
How come so many Christians don’t rea…
Jason Statham Beard: How to Copy His …
How to Develop an eCommerce shopping …