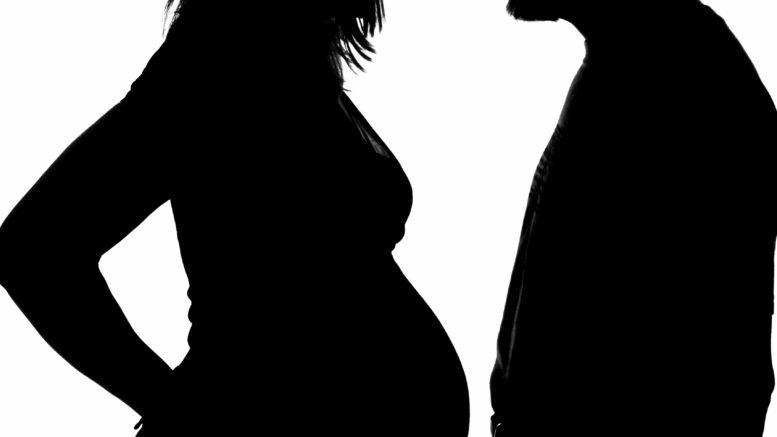 Trap Red Flag #1. The Pregnancy pulled you back from the end.

If you were thinking about breaking up with her—the pregnancy might be a trap.
It may be more than a coincidence that your girlfriend or wife announced she was pregnant right after you broke up with her. You might not have actually made the declaration that you were breaking up out loud yet but she was getting the break-up vibe from you. Check out the best ways to take a pregnancy test at home.

What to wear: outfit ideas for Christ…
Karen Wiesner: I Have Dreamed a Littl…
What does jackfruit taste like - love…
5 tips on how to look stylish on a bu…
Why Understanding Black Women’s Belie…
The pregnancy may be a ploy move to cut off your chance of getting away.

If you told her you don’t want kids now—the pregnancy might be a trap.
She may not care what your thoughts/feelings are about fatherhood, or she may have convinced herself that you’re going to be OK with having a child if it is flung on you, you’re just apprehensive about committing. So she decides to take the decision away from you and make it happen. She then says it was an accident, but it was actually the result of a well thought out plan.
This trap may be direct or indirect.
A direct trap would be that the pregnancy is intended to secure your relationship or financial support.
An indirect trap would be that the primary objective is motherhood, you’re being trapped into fatherhood may be extraneous to that objective. Your seed is necessary for her motherhood, but beyond that, you may or may not be relevant to her.

Trap Red Flag #3. She has something to gain from being your baby momma.

If she benefits in some way from the pregnancy—the pregnancy might be a trap.
A woman who has decided on her own that having your baby has some payoff for her and that that payoff trumps your desire to not have children right now is ripe for becoming your baby momma whether you’re up for it or not.
Many potential pregnancy benefits might motivate a woman to get pregnant accidentally-on-purpose. She may want to:
fulfil her dream to be a mom,
seal the deal on your relationship (even if Red Flag #1 doesn’t apply and things seem to be going well),
get you to support her directly or through child support,
qualify for welfare benefits, or
secure immigration status.
This red flag could be in play even if she presents herself as disappointed that she is pregnant. The disappointment could be a show to cover her tracks.
Of course, not every pregnancy that has some benefit to the mother, such as fulfilling her dream to be a mom, was conceived deviously. Each red flag is intended to get your attention and help you pause to consider the possibilities.

Trap Red Flag #4. She has a lame excuse for going off birth control.

If she says she went off of her birth control for a reason other than getting pregnant and she suddenly got pregnant—the pregnancy might be a trap.
There are legitimate reasons for going off birth control pills. The hormones in the pills make some women feel sick (though this is usually evident when a woman starts taking the pills, not usually something that suddenly happens later).
Similarity, a woman’s IUD (Intrauterine Device) may come out on its own, but when this does happen it is usually in the first few months of use.
However, the most common reason for going off of birth control pills or getting an IUD removed is—drum roll please—to get pregnant.
It is particularly suspicious when she failed to tell you that she was no longer protected by her customary birth control until after “oops, I’m pregnant.” Why didn’t she give you a heads-up that she had pulled the goalie?

If she came on to you the day she got pregnant—the pregnancy might be a trap.
Women are most likely to get pregnant when they have se_x around the time they are ovulating. There is a fertile window of about 8 days for every menstrual cycle. Women with irregular cycles may have difficulty figuring out their fertile window, but women with regular cycles should be able to figure it out relatively easily.
A woman who wants to get pregnant when her partner doesn’t may seduce him when she thinks she has an increased chance of conceiving.
But then again, some women experience increased se_x_ual arousal when they are fertile. She may just have been seductive because she was revved up by her hormones.
Some medical advice for people trying to conceive includes the recommendation that they have se_x every 2 to 3 days when there is a chance of fertility. Others encourage frequent intercourse during the fertile window. If her pattern of initiating se_x changed into either of these patterns that could also fit this red flag.

Trap Red Flag #6. She convinced you to “go ahead, I can’t get pregnant today.”

If she encouraged you to not use a co_ndo_m—the pregnancy might be a trap.
A pregnancy that results from unprotected se_x that breaks from a routine of using protection could have been the product of a set-up. The middle of se_xu_al ecstasy is not a great time for optimal rational thought. Your partner can pretty much count on it not taking much convincing for you to forgo a co_nd_om or to ej_acu_late inside her if she encourages it.
If she was so convinced she couldn’t get pregnant that day, how did she get pregnant that day?
But then again, it leaves just enough room for doubt.

If she says she’s pregnant but she’s not—there’s a really good chance the “pregnancy” is a trap.
Not all surprise announcements of “I’m pregnant” are actually accompanied by a pregnancy. Some are straight-up lies.
A man who was about to break up with his girlfriend was informed that she was pregnant (Red Flag #1). He felt he had to do the honorable thing and marry her. Fortunately, his mom became suspicious of the situation and encouraged him to go to doctor appointments with his girlfriend. The girlfriend couldn’t let that happen since she wasn’t really pregnant, so eventually she had to spill the beans and admit it was a lie.
Trap Red Flag #8. She has a conveniently timed miscarriage.
If she suddenly isn’t pregnant anymore—the “pregnancy” might have been a trap.
A miscarriage may be a cover story for a pregnancy that never was.
Eventually the lie is going to catch up with her. There is only so much time to run with a false pregnancy story. Something eventually has to happen. Either she has to start looking pregnant or she needs to end the “pregnancy.”
Women have been known to manufacture a bulging belly to keep the fake pregnancy story alive long enough to secure the trap on her man, but even that extreme measure can only take them so far.
The most common time for a pretend miscarriage to end a pretend pregnancy is after marriage or other commitment marker. You then may think you shouldn’ta put a ring on it, but it’s now a much more difficult proposition to get away from her.
But then again, lots of real pregnancies end in miscarriage.