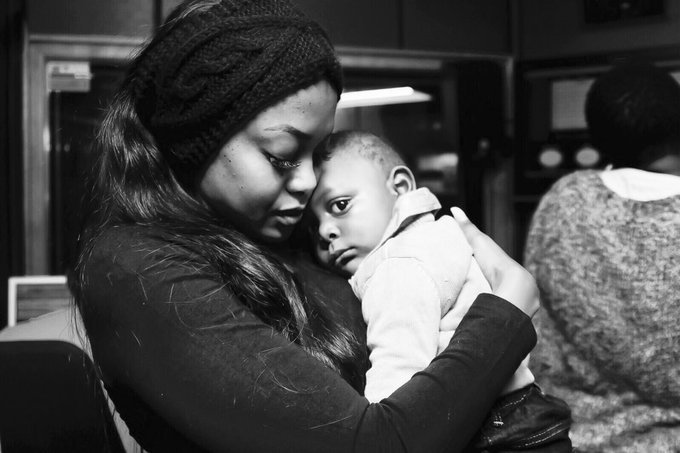 That level of openness has created quite a strong bond between the Project Runway SA presenter and her fans who affectionately refer to her as ‘mother.’

Earlier today, however, Kganyago took to Twitter to share a snap of herself in the studio, holding on to a small child who is believed to be Quinton ‘Naked DJ’ Masina’s son.

SAFTA-award-winning presenter, Lerato Kganyago, has always been open about both her desire to be a mother and her previous struggles with fertility and pregnancy.

She captioned the photo “My GIFT finally arrived! ”

She has immediately flooded with good wishes from fans and famous friends alike and she quickly had to some damage control by tweeting: “Guys!!! Not like that! I WISH! ” and “guys it’s just a pic of me and a baby I named GIFT. ”

Despite the misunderstanding, Kganyago felt the love and thanked her fans for their good wishes. “I know you guys want me to have my little one so bad… Y’all are just amazing ” tweeted Kganyago. Lerato Kganyago excites fans