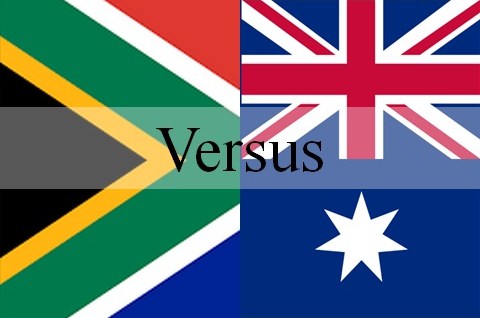 After several years of strong growth, Australia is now arguably the world’s leading economy, according to a new report from AfrAsia Bank and New World Wealth.
According to the researchers, Australia currently has the fifth highest count of wealth per capita, behind ‘small’ financial hubs like Monaco and Switzerland. Wealth in this case refers to the net assets of a person. It includes all their assets (property, cash, equities, business interests) less any liabilities.

An Excellent Spirit Was In Him: An Ov…
Top 10 Best Sites Like GoStream To Wa…
HDPOPCORNS – Sites Like HD Popcorns t…
Best Organic Coffees That Are Healthy…
Chasing Money
Wealth per person in US$ (wealth per capita)
The researchers said that the argument could be made that Australia is actually top of the pile, if the smaller financial hubs like Monaco, Liechtenstein, Luxembourg and Switzerland are excluded.
While Australia’s rise in wealth may be a result of many factors, one of the stand-out reasons for Australia’s climb in per capita wealth is the consistent migration of high net-worth individuals being drawn into the country – including many wealthy South Africans.
According to NWW, Australia has attracted more millionaires than any other country over the past few years, which shows that many wealthy people feel that it is the best long-term prospect.
These are the biggest drivers of wealth in the country:
Migrating wealth
According to a recent Sydney Morning Herald article, Australia has brought in billions of dollars in investment by attracting millionaires through its Significant Investor visa (SIV) programme.
Data supplied to BusinessTech by Australia’s Department of Home Affairs (DOHA) showed that these investments equated to around AUD$9.8 billion over the 1 July 2017 – 31 March 2018 period.
One of the key requirements of the SIV, is that holders are required to invest AUD$5 million (R50 million) into complying significant investments for a minimum of four years before being eligible to apply for a permanent visa.
Over the period, 1,974 SIV visas were granted – of which, about 26 South Africans were accepted.
While Australia’s SIV is one of the more expensive ways of leaving the country, data provided to BusinessTech shows that a much higher amount of South Africans are emigrating to Australia through other visa options.
The data focuses on the ‘permanent additions’ to Australia’s resident population in the 2016-2017 financial year.
This includes the number of people who have obtained a permanent visa onshore, the number of settler arrivals during a given time period, and the number of people who have been granted a permanent protection visa onshore.
Combined this added to a total of 5,397 South Africans over this time period. The skill stream is by far the most popular way for South Africans to move to the country, with a total of 4,419 South African applicants on this visa type.
By comparison a total of 672 applicants were on the family stream and 288 on ‘non-programme migration’.
Source: businesstech