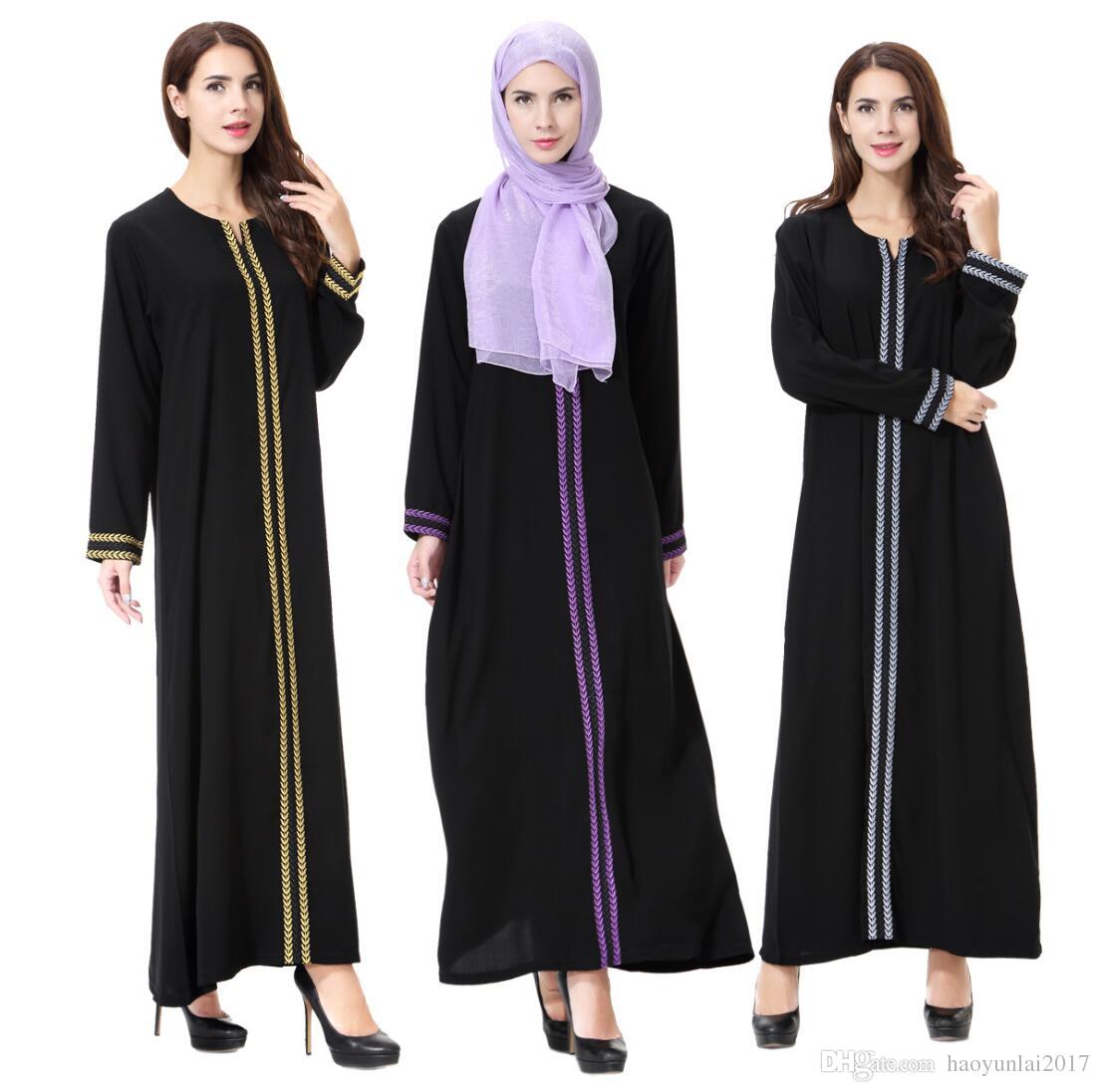 Islamic women are said to wear with modesty in their holy book Quran. Though, such clothing style is not mandatory. Muslim Women follow their culture by wearing decent dresses. One such clothes are Abaya. Abaya is actually derived from the Arabic word ‘Abayah', and sometimes, it is referred as ‘aba'. It is designed merely and work as a loose over-garment. It is simple, loose-fitting apparel having capes or cloaks. These Abayas are usually bell sleeved. Abaya covers the whole body except the face, hands and feet. It is like a square piece of fabric which is stitched to make comfortable and classy casual abayas. It is a long-sleeved overdress touching the knees like kaftan or caftan.

Traditional abayas are black in colour. They are paired up with the niqab, the veil to cover the face other than eyes. Many Muslim women also wear black long-sleeved gloves to wrap their hands too. The Indonesian and Malaysian women traditional dress got derived from the abayas and got named as kebaya. The tradition of wearing abayas is commonly followed by the significant portion of Muslim community. According to Islam, they are considered to be completely covered and with modesty in public and protect themselves from the eyes of males who are not related to them by blood or marriage.

How Gender Equity Impacts the Bottom …
Short Happiness Quotes From Famous an…
A Pre-Christmas Christmas Card
Sex on Your Period – Reasons to Do It
Mini relatos lésbicos: «Abrazo eterno…

Abaya is also known by different names in different countries. Abaya is commonly worn in the Arab states like Saudi Arabia. Other than these places, Abaya is not so common for Muslim women. In countries like India and Pakistan, it is hardly seen even. Colours of abayas also vary depending upon the region where they are worn. For instance, Turkish abaya is supposed to be colourful while that of Arab is of black in colour.

As we are moving towards a sophisticated and fashionable world, Abaya is no more behind in that. It is mainly designed like caftans or in a robe like structure for a classy look. Also, they are being fabricated with crepe, georgette and chiffon material to make them light and comfortable. There are also different styles available of cosy and classy casual abayas, i.e., front open abaya and front closed abaya. There is embroidery work and other artworks which are performed to make it look elegant and attractive. The styles of abaya vary from region to region depending upon the culture.

Islamic clothing is decent but getting trendy too by the designs, and contemporary cultures are now being adopted by them. Nowadays, abayas come with ruffles which really make women look pretty even in that simple piece of clothing. Capes shoulder with gown type designs are also becoming popular and being adopted by Muslim women as casual wear. Abayas also come with the modifications in bell sleeves, knotted coat and layering with contrasting coloured veils. The loose fitting abayas are being liked by many of the Muslim women. Moreover, they want to go for wholesale casual abayas for general use which can be easily accessed from online shopping stores.