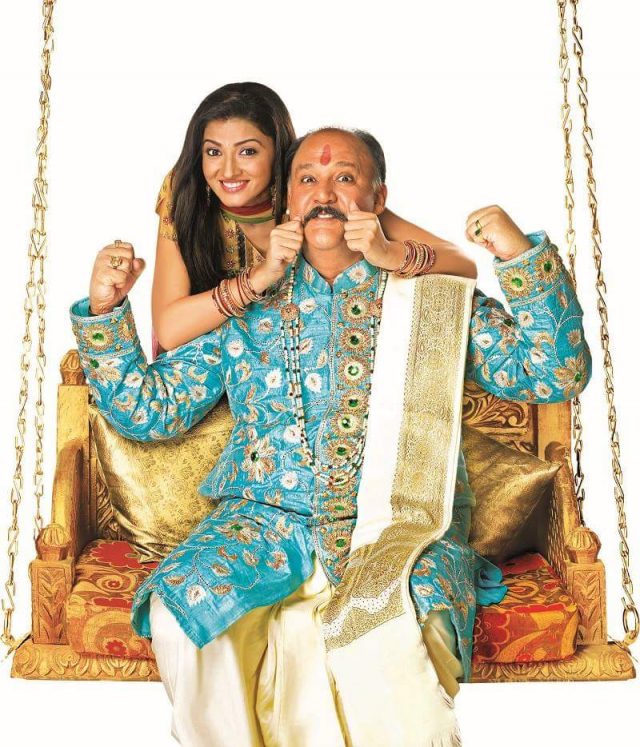 Friday 13 July 2018Episode 1
The Singh family are preparing to celebrate 100 years of their ancestral house, Swarn Bhawan, the house made of pure gold. However, underneath all the joy, there appears to be a deep dark secret. What could it be?
Saturday 14 July 2018Episode 2
As the date of the centenary celebration draws closer, so are challenges against the Singh family, tough decisions are to be made. Question is, can the Singh family survive the storm that’s about to hit?
Sunday 15 July 2018Episode 3
The Singh siblings find out a shocking secret about their family.  It turns out that Vikram’s family also holds a secret of their own. With so many secrets being revealed, what else could these families be hiding?
Monday 16 July 2018Episode 4
The procession of the centennial function is on-going, but what the Singh family doesn’t know is that a bombshell is about to drop. Samarjit is pursuing his own selfish ambitions, leaving his wife Lata distressed.
Tuesday 17 July 2018Episode 5
A dark cloud is looming over Uday and his family, Uday takes necessary measures to sustain the pride and reputation of Swarn Bhavan but will his efforts produce fruitful results? Meanwhile, Uncle Raghav has a surprise for the family.
Wednesday 18 July 2018Episode 6
The big day finally arrives, as momentum builds up Jagmohan offers Uday an offer he can't refuse, while on the other hand Divan gets a shock of his life.
Thursday 19 July 2018Episode 7
The Singh family have been given an ultimatum to leave Swarna Bhavan in the next 15 days, will the Singh family bid farewell to their beloved Golden home or will luck and fortune smile on them?
Friday 20 July 2018Episode 8
Abha has met a handsome man called Karan, who takes a liking on her but the feeling is not quite mutual. Sheetal, Uncle Raghav’s wife learns that the Singh family will be living with them, will things go as planned?
Saturday 21 July 2018Episode 9
As the situation toughens up Abha and Lata steps in to help the family to make ends meet, while Prakash wants something that is way out of his reach. Mr Singh is about to get the shock of his life.
Sunday 22 July 2018Episode 10
Life doesn’t get easier as financial constraints arise, Abha decided to take a stand when she overhears something she shouldn’t have. Sheetal is up in arms over daily expenses.
Monday 23 July 2018Episode 11
Uday’s pride gets the better of him as he never wants his family to be seen as mere commoners but troubles never stop mounting. Abhah might be forced to disclose information that will jeopardise her chances of success.
Tuesday 24 July 2018Episode 12
Sheetal’s bad habits are taking its toll on the family especially Prakash, Abha steps in to assist him. While Abha is out helping Prakash a terrible thing happens to her, could her life be in danger?
Wednesday 25 July 2018Episode 13
Karan unaware calls Abha, Tasveer, in the presence of Prakash. Jagmohan tells Abha to wear different clothes than she normally wears.
Thursday 26 July 2018Episode 14
The day of the party arrives and Abha meets with challenges but Saraswati comes to her rescue. Sheetal reveals her worst behaviour and upsets Prakash.
Friday 27 July 2018Episode 15
Chandra allows Abha to go to Mumbai, but Brij follows her and draws his own conclusions. Uday is extremely furious at Abha over Brijs feedback disowning her as his daughter.
Saturday 28 July 2018Episode 16
Abha gets furious with Karan on the business trip but Karan doesn’t react as she expects. Kanika and Shelly continue to taunt Abha.
Sunday 29 July 2018Episode 17
Uday gives Abha a heavy ultimatum that she will not be able to carry out, while Chandra revokes yet another decision Uday made that might be fatal to Abha. On the other hand, Karan’s search yields result he was not expecting.
Monday 30 July 2018Episode 18
The Singh’s prepares for the inauguration little do they know a hefty surprise awaits them. Jagmohan learns that the grave you dig for someone else is actually a grave you dig for yourself.
Tuesday 31 July 2018Episode 19
Karan sees an advert in the newspaper with Abha getting married and by hook or crook is determined to stop the wedding from taking place.
Premiere episodes of My Golden Home air on Zee World from Mondays to Sundays at 19h00.