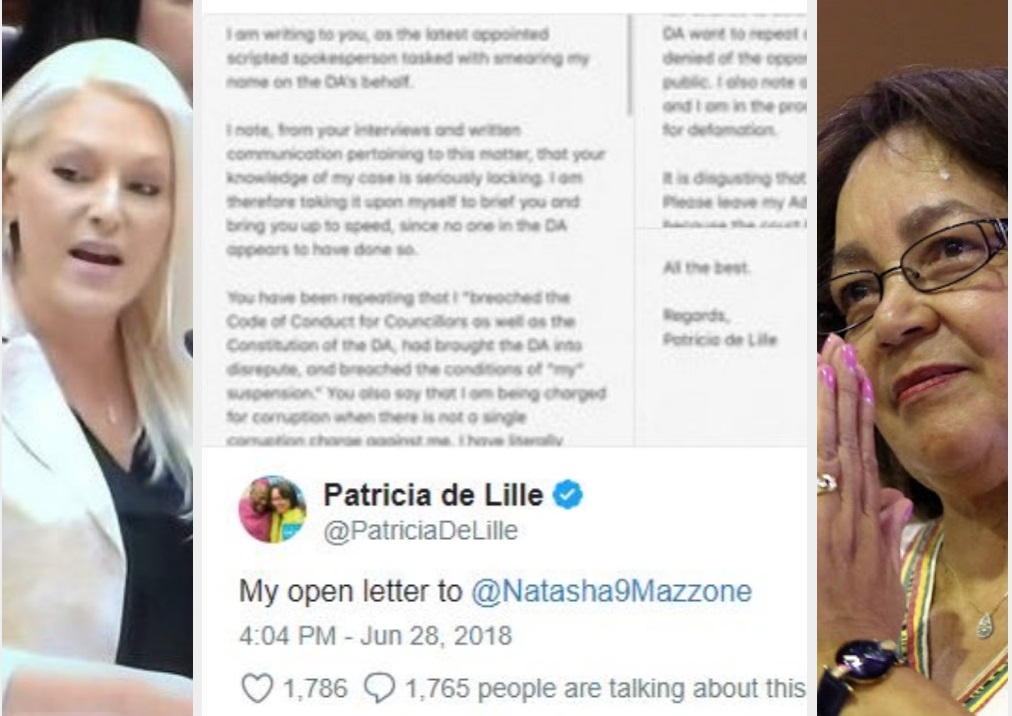 This after the Western Cape High Court on Wednesday ruled the that party's decision to end her membership was unlawful and invalid. 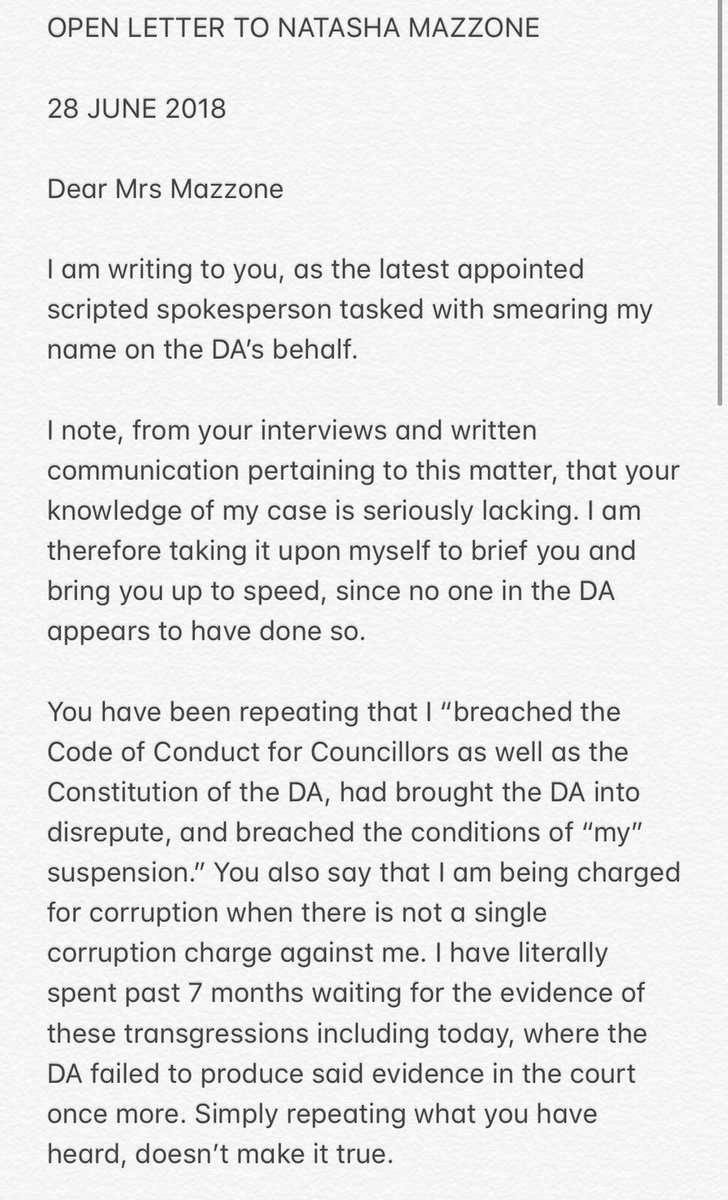 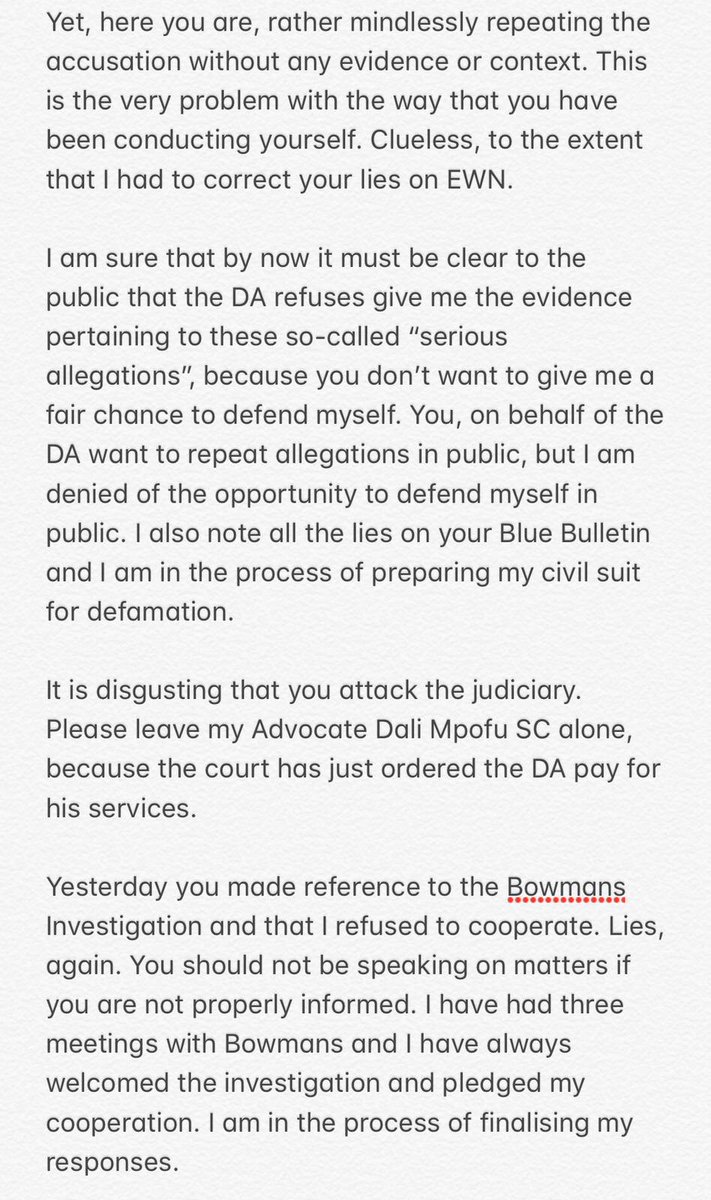 I am writing to you, as the latest appointed scripted spokesperson tasked with smearing my name on the DA’s behalf.
I note, from your interviews and written communication pertaining to this matter, that your knowledge of my case is seriously lacking. I am, therefore, taking it upon myself to brief you and bring you up to speed, since no one in the DA appears to have done so.
You have been Repeating that I “breached the Code of Conduct for Councillors as well as the Constitution of the DA, had brought the DA into disrepute and breached the conditions of my "suspension.” You also say that I am being charged for corruption when there is not a single corruption charge against me.
I have literally spent the past 7 months waiting for the Evidence of these transgressions including today, where the DA failed to produce said evidence in the court once more. Simply repeating what you have heard, doesn’t make it true. Yet, here you are, rather mindlessly repeating the accusation without any evidence or context. This is the very problem with the way that you have been conducting yourself. Clueless, to the extent that I had to correct your lies on EWN.
I am sure that by now it must be clear to the public that the DA refuses to give me the evidence pertaining to these so-called “serious allegations” because you don’t want to give me a fair chance to defend myself. You, on behalf of the DA, want to repeat allegations in public, but I am denied the opportunity to defend myself in public. I also note all the lies on your Blue Bulletin and I am in the process of preparing my civil suit for defamation.
It is disgusting that you attack the judiciary. Please leave my Advocate Dali Mpofu SC alone, because the court has just ordered the DA pay for his services.
Yesterday, you made reference to the Bowmans Investigation and that I refused to cooperate. Lies, again. You should not be speaking on matters if you are not properly informed. I have had three meetings with Bowmans and I have always welcomed the investigation and pledged my cooperation. I am in the process of finalising my responses.
In addition, it is government business, and you would do well to respect the separation between party and state.
Like all previously scripted spokespersons, my advice to you is to read and understand your script, before you so eagerly do interviews. You would be wise to heed my advice. It is about time that you allow the actual spokesperson for the DA, Solly Malatsi, to do his job.