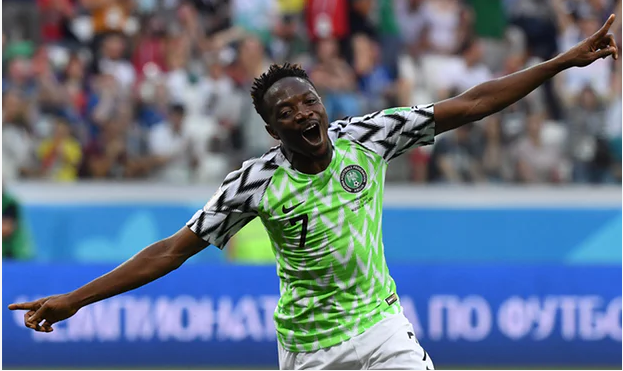 Nigeria have beaten Iceland 2-0 in Group D at the Volgograd Arena, lifting Argentina's expectations of making due at the World Cup and also their own. Nigeria lost their opening match 2-0 to Croatia so have three focuses, while Iceland stay on the one point they earned in a 1-1 draw with Argentina.

After a goalless first half, Ahmed Musa scored a fine goal on a breakaway from an Iceland set piece, half-volleying home subsequent to controlling Victor Moses' cross in the 49th moment. With a fourth of a hour to go Musa multiplied the preferred standpoint, controlling a long ball from the back without breaking stride and dashing towards goal, beating Kári Árnason all the while.

Having drawn Hannes Thór Halldórsson from his goal and seen the Icelandic manager submit himself, Musa shimmied a few stages right and after that shot the ball past two covering safeguards.

Iceland were then given a path once again into the diversion from the punishment spot, after the New Zealander Matthew Conger counseled VAR to affirm the substitute Tyronne Ebuehi had cut down Alfred Finnbogason. Shockingly for Iceland, Gylfi Sigurdsson impacted the spot-kick over the bar.