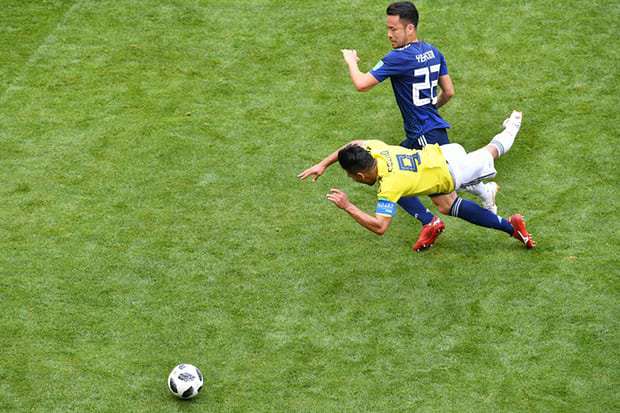 Carlos Sanchez completes a Suarez and stops a Kagawa shot with his hand. 3 minutes in and Penalty for Japan … and a red card for Colombia!

Quintero equalises for Colombia. From the left corner of the D-box, he slides his freekick underneath the divider and presses it past the manager at the close post.

Some more midfield faff. It's been a splendid portion of football, the players are allowed to take their foot off the gas a bit.

Also, that is that for the first half. It's been heavenly fun. Colombia reacted splendidly to going a man and a goal down so early; they've been the better group up until this point. It guarantees to be a breaking second half. No flipping!

Entertaining football from the two groups. We are currently sitting tight for a second and ideally energizing second half.