DJ Tira opens up about the Babes Wodumo saga #Behindthestory 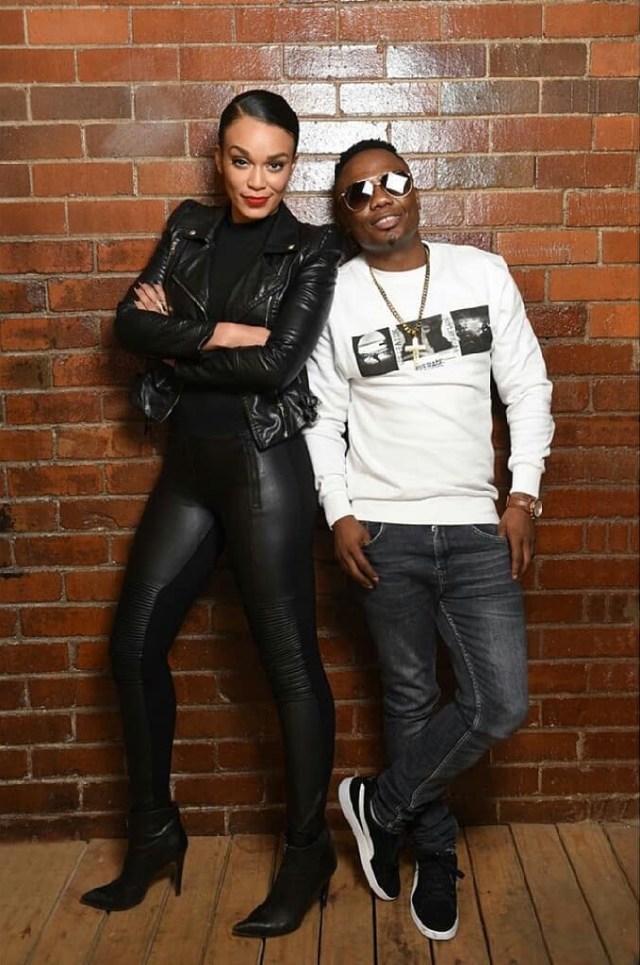 Tira found himself in the hot seat as Pearl asked all the questions that fans have asked uMalume but failed to get answers previously.

There’s no denying that DJ Tira is a hard-working man and his come up story has also been documented well. However, it is his ability to dodge questions that have always left his fans feeling like they don’t know the complete story…

That was, until his recent interview with Pearl Thusi on MTV Base’s #BehindThe Story. Clearly, Pearl was in the business of “giving the people what they want” on Wednesday night. She warmed him up a little with the usual “tell us how far you’ve come” questions before she went in for the kill.

He’s been accused of being the third hand that Mampintsha claimed was meddling in Babes’ affairs. The claims emerged shortly after Babes was confronted about abuse allegations on Metro FM. It was speculated that Tira was trying to sabotage Mampintsha so he could win Babes’ business.
Does he want to manage Babes? Would he manage Babes if the opportunity arrived? The answer is No. DJ Tira said he would never sign Babes.

2. Is his friendship with Mampintsha real or just a front?

Pearl asked Tira if his statement: “we are still friends”, in reference to Mampintsha was all a front. There has been rife speculation that the pair is not on good terms but when asked (several times) Tira always said there’s peace between them.
When Pearl asked him if he’s been fronting the whole time, Tira didn’t completely answer the question but from what he said the answer is: No, the pair is not tight anymore although he’ll always “love” Mampintsha.

Kante what's the beef between Dj Tira, Mampintsha and Babes? It looks like it's serious. #BehindTheStory

What a great interviewBlessed beyond measure ❤ @PearlThusi Qs are sooo relevant, She even asked what I wanted Clarity on especially about @DJTira's conflict with Mampintsha 💫 #BehindTheStory
— Tumie Ndlovu❤ (@boity_samy) June 13, 2018

3. Who is the real Godfather of Qqom?

While no one person can solely take credit for creating a music genre, that still hasn’t stopped South Africans from trying to give the title to their faves.

Tira has always been a firm fave due to his hit songs but with the recent rise of gqom and the international recognition many (including Tira have claimed) to have founded the genre.

So when Tira was asked who he thought was the rightful holder of the floating title, his answer was… too modest for Twitter. In true Tira style, he tried to accommodate everyone but Twitter wouldn’t let him!

Tira Is the father of Gqom even when he is denying it #BehindTheStory
— Poka Moloi (@moloi_poka) June 13, 2018

#BehindTheStory @DJTira salute my bro….you are definition of a hustler and listen wena @DJTira you are the Godfather of Gqom we you won't tell us otherwise
— Ludumo Booi (@ludumo_booi) June 13, 2018

I always knew that @DJTira is the Gqom king the real Makoya Bearing but yesterday on #BehindTheStory he set the record straight. I will forever be a huge fan and supporter of @DJTira no matter what happens I will always be a part of @AfroTainmentSA Ezase… Afro… for life💖 pic.twitter.com/W2Aeoyvlwr
— ♥wendy♥ (@wendymiya8) June 14, 2018

DJ Tira opens up about the Babes Wodumo saga #Behindthestory