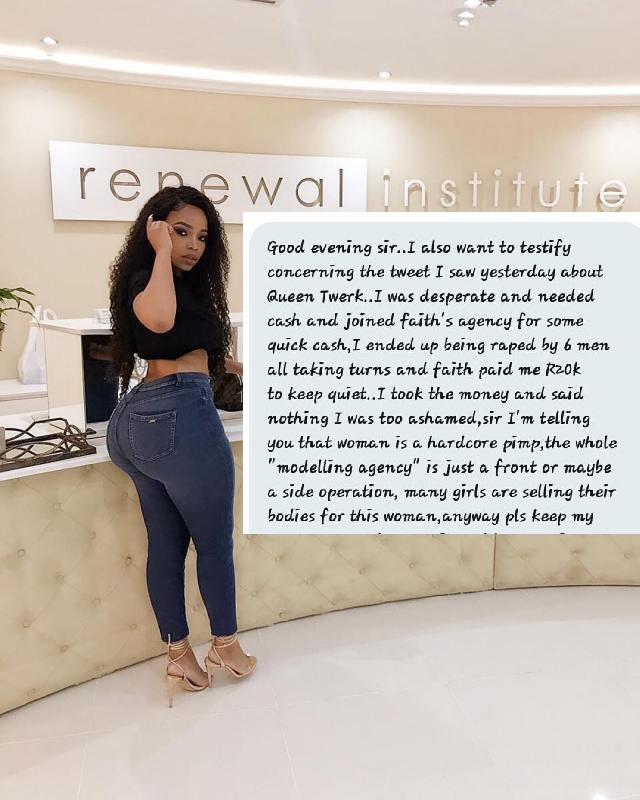 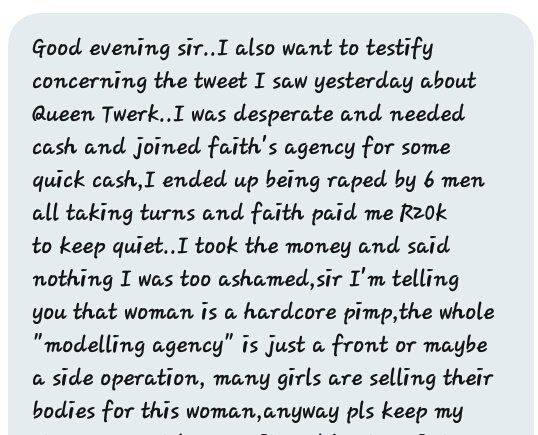 Twitter fans have now been accusing Nketsi of pimping out girls to rich men and that her modelling agency is just a front. In a letter that was sent to Twitter, a woman claims she was pimped out after joining Faith Nketsi modelling agency.


We are not accusing the Twerk Queen of pimping girls but here is what Twitter is saying about Faith Nketsi today.

I’m not the one to gossip and you didn’t hear this from me but Faith Nketsi isn’t the only pimp. Your fave club ambassadors are too, they have a whole ring of prostitution and drugs going on. That’s all for tonight!

Hello From One Covid World To Another
Tomcat Tompkins – Part 8
A white teacher’s reflections on the …
“The stock market fantasy will end…”
SEVEN REASONS TO PURSUE A CAREER IN E…
— Ray (@Ray_Kamolane) May 18, 2018

Faith Nketsi
Barbilicious
Apparently someone on my TL (whoever that this)
You people knew what these people do but said nothing. Unbelievable really
— Nomalizo (@Lizo_Thwala) May 18, 2018

I thought Faith Nketsi only sold herself, other women too? So basically she's a sex trafficker? Haaibo … Kwenzakalani?
— Tiddies 👅💦 (@Kim_Khandashisa) May 18, 2018

Faith Nketsi is another one that needs to be addressed for pimping out women for rich men
— Miss Q-Ness (@sliez0) May 18, 2018

So you people knew what Faith Nketsi has been doing but kept quiet? Wow
— Nomalizo (@Lizo_Thwala) May 18, 2018

I wonder how Faith Nketsi sleeps at night knowing that she’s a rape enabler
— Moe (@moesuttle) May 18, 2018

Faith Nketsi has been selling young ladies. Where is our Crime Inteligence? pic.twitter.com/Tih7NhyMIK
— Man's Not Barry Roux (@AdvBarryRoux) May 18, 2018

With the Faith Nketsi {ALLEGED} revelations, I hope now our media will stop giving these insta slay queens & kings attention and focus the spotlight back on people who actually have talent and are working hard to build careers as creatives.
— Phil Mphela (@PhilMphela) May 18, 2018