I did not know in 2018 we still have such mother-in-law, Twitter reacts to #OPW’s troublesome 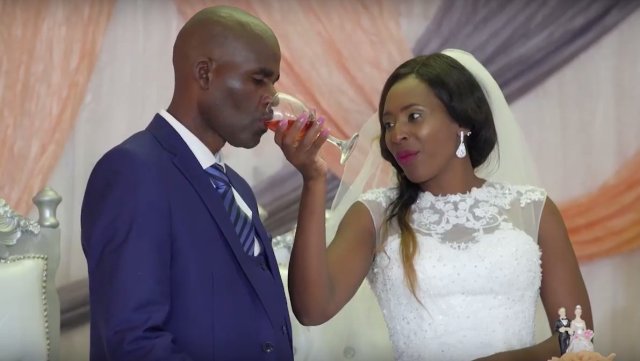 Mfanelo met a woman at his grandmother’s funeral. He pursued her, and they eventually fell in love.

Viewers witnessed the sadness on Mfanelo’s face as he spoke about how his mother is against their union and his bride. We’ve all heard the horror stories: A mother-in-law who doesn’t approve of the union often just makes everyone sour, and the couple on OPW had Mzansi’s sympathy when the groom’s mother blatantly disapproved of his bride.

OurPerfectWedding Tweeps watched the show hoping to find out what the mother-in-law held against Sarah, but there were dololo revelations. The groom explained that his mother “just” didn’t like Sarah and had never given a proper explanation as to why.

However, he has his father’s support, and that gives him comfort. Twitter just wasn’t having it and had the memes to show their disapproval of the mother!

No wonder the guy is marrying at 50 , it goes to show that the mother has always been a problem ☝🏽 #OurPerfectWedding pic.twitter.com/jjYoqPYy3X
— Lindiwe (@NkunaLindiwe1) April 29, 2018

I can imagine how painful it is to get married then some of family members don't attend especially your mother #OurPerfectWedding pic.twitter.com/xZyKsW2cZX
— Nomtee✨ (@Nomtee_Buthelez) April 29, 2018

Let's appreciate mothers like this. Who are able to support their children and bless them in everything they do. The way this mama is supportive she deserves accolades #OurPerfectWedding pic.twitter.com/LQFnR3ilwm
— 👑her majesty👑 (@Boo_berry4) April 22, 2018

We need men like Mfanelo .. how many relationships and marriages have ended because of mother inlaws and other people who did not approve ? #OurPerfectWedding pic.twitter.com/ALq1yYPBA6
— Lufuno Jackie muleya (@Jackiemuleya) April 29, 2018

I did not know in 2018 we still have such mother-in-law, Twitter reacts to #OPW’s troublesome