Tributes pour in for DJ Avicii from across the globe #RIPAvicii 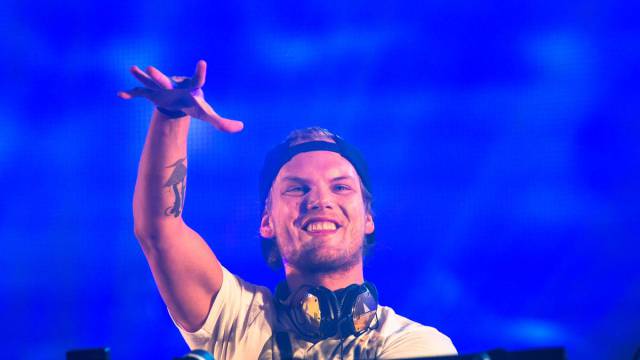 As news of DJ Avicii’s death spread on Friday night, there was an outpouring of tributes from fans and his high-profile friends from across the globe.

News of Avicii’s sudden death sent shockwaves across the world.

The Wake Me Up hitmaker’s death was confirmed in a statement released by his management.

“It is with profound sorrow that we announce the loss of Tim Bergling, also known as Avicii. He was found dead in Muscat, Oman, this Friday afternoon local time, April 20. The family is devastated and we ask everyone to please respect their need for privacy in this difficult time. No further statements will be given,” read the statement, according to TMZ.

Avicii retired from performing in 2016 after suffering health issues including acute pancreatitis.

Musicians including Calvin Harris, Liam Payne and Deadmau5 have remembered their friend.

Devastating news about Avicii, a beautiful soul, passionate and extremely talented with so much more to do. My heart goes out to his family. God bless you Tim x
— Calvin Harris (@CalvinHarris) April 20, 2018

my sincerest and most heartfelt condolences to the friends, fans and families of @Avicii 🙁 Banter aside, nobody can deny what he has accomplished and done for modern dance music and im very proud of him.

10 of the best pubs in Wales with out…
Why I Chose to Be Vaccinated Against …
What Is the Worst Credit Score?
SSS tells members, employers, pension…
Short Happiness Quotes From Famous an…
— Goat lord (@deadmau5) April 20, 2018

Oh my god truly devastated for Avicii very very sad news way to young … what a talent he was. rest in peace x
— Liam (@LiamPayne) April 20, 2018

In a Netflix documentary that was released in 2017 about his life, entitled Avicii: True Stories, he revealed that after being in and out of the hospital, he decided to retire from live performances.

“I needed to figure out my life,” said Avicii, who admitted to excessive drinking.

“The whole thing was about success for the sake of success,” he said in a Rolling Stone interview. “I wasn’t getting any happiness anymore.”


This post first appeared on The Edge Search, please read the originial post: here
People also like
10 of the best pubs in Wales with outdoor space
Why I Chose to Be Vaccinated Against COVID-19
What Is the Worst Credit Score?
SSS tells members, employers, pensioners: use online facilities, drop box system as NCR Plus remains on ECQ
Short Happiness Quotes From Famous and Unknown People
The Year of the Staycation

Tributes pour in for DJ Avicii from across the globe #RIPAvicii