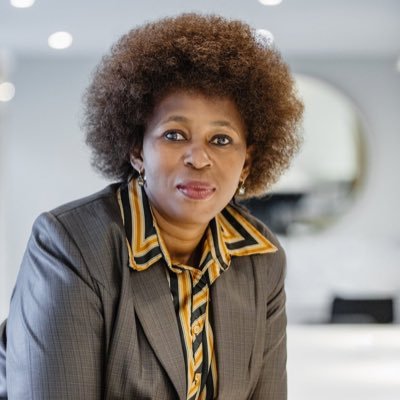 The former ANC MP on Saturday used Facebook to announce her decision to leave the party.

“I thought I should make my announcement public about retirement from politics.

“As the leading founder of ADeC and its director of its Non-Profit Organisation (NPO)‚ I therefore resign from both structures and authorise the ADeC National Board under the chairmanship of Moses Mayekiso to liaise with the Independent Electoral Commission (IEC) and the other directors of the non-profit organisations to fill the vacant position as a result of my resignation and stepping down from politics.”

The party was launched in December and was supposed to focus on the quality of Ubuntu and unemployment. “I don’t know of any other party that has ever unpacked the philosophy of Ubuntu‚" she said in December.

In March‚ members of ADeC called for her resignation as she didn’t recognise the party’s newly elected interim leadership.

She also expelled leaders Lufuno Gogoro and Mpho Ramakatsa which angered other members.

On Saturday‚ in her resignation letter she explained she wants to work with her son‚ a computer programmer‚ to give African languages "prestige" and "prosperity".

"One’s mother tongue is not just a communication tool but‚ the engine [of] one’s logic and intelligence.... It is a calamity of despicable proportions that a black African-led government claiming to be the liberator has dismally failed to position and develop black African languages as those of prestige and prosperity."

In an unclear statement, she said she was working with Zulu and maths‚ and with her son who had developed an algorithm.

"Retiring from politics means I will work with all citizens irrespective of their political affiliations. As made explicitly clear‚ my mission is apolitical. It will, therefore, be an antithesis if I was to be associated with a particular political party."

She had been an outspoken member of the ANC - in 2017 asking members to join a vote of no confidence in Jacob Zuma.

She was fired from her administrative job by Zuma last August.