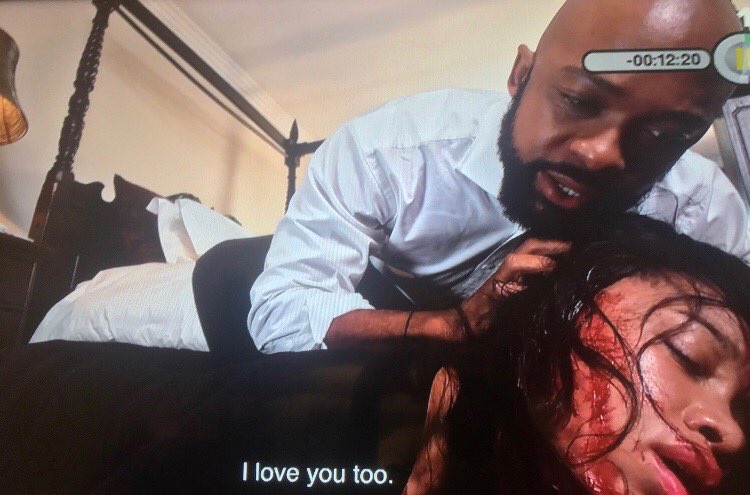 Twitter getting fed up with Tebogo’s abusive behaviour #TheQueenMzansi Connie Ferguson has been causing storms on social media ever since her character on The Queen, Harriet, discovered that her daughter, Kea, was being abused by her partner. And now the people want her to do something about it. 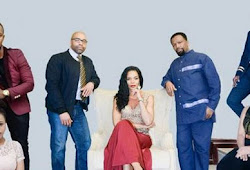 Harriet confronted Kea’s boyfriend Tebogo recently and even put Kea in her place during a heated argument this week.

This episode took me back when I witnessed my mother being hit and burnt in a stove by my father. I was only 9 years old but the picture is still clear in my mind #TheQueenMzansi pic.twitter.com/6aLzwJspOP
— Mlamli (@Mangcala) April 18, 2018

But like a service delivery strike, the people are tired of all the talking and want Harriet to balance us on how she is going to deal with her future son-in-law.

You see, Kea still couldn’t get it into her head that Tebogo was not good for her.

And so, Twitter was ready and willing to sit Ma Harriet down with them and draw up a battle plan.
Based on the reactions, here’s what we think they would have told her:
Maybe she will come running back once she’s learnt?

I think Harriet should leave kea for a short time.. when Tebza start to beat her again.. Harriet will win Kea again#TheQueenMzansi pic.twitter.com/LtIsyFOS8V
— 🌸 (@Nhlonipho01) April 18, 2018

Eish! But Harriet broke them up in the first place.

Harriet should find Kwanele and confess everything to Kea. She really did love him and Harriet ruined it #TheQueenMzansi
— Born in Azania (@silversweat) April 17, 2018

Am I the only who wishes Kwanele to come back and save Kea from the clutches of the devil? Nika was hella broke but Sis was happy with him #TheQueenMzansi
— IAmKeamogecoe (@NoCMaoke) April 17, 2018

The tea will be spilt!

Harrie should locate all those ladies abused by Tebogo bring them tl Kea so that they can tell her their experiences with Tebogo. #TheQueenMzansi pic.twitter.com/cRxVchhutI
— #Zanyiwe_Nomzamo_Madikizela-Mandela_RSA🇿🇦 (@NjUhuruMapapu) April 17, 2018

He has his own ish to deal with but maybe he can finally come around and help?

Why did Harriet not say Brutus should solve this instead of Kagiso 😂😂 Brutus needs to solve something he's the grown up here #TheQueenMzansi
— Porsh B (@MissBaruti1) April 17, 2018

Yazi all Harriet needs to do is go visit PTA central “Samafele lesa makgotlo” Problem solved, Tebogo shall seize to be a problem after that #TheQueenmzansi pic.twitter.com/DJFM1CvXZ2
— Portia (@Lady_Porche) April 17, 2018

Other shared their thoughts on the drama that was unfolding in the series through jokes and memes.

Kea you are not ready to get married, you are just not ready…. I rest my case. …
If you get hurt just know that andizi to visit you at hospital and andizi ku funeral should you die…..#TheQueenMzansi pic.twitter.com/2S4xRQtxu9
— Nonos 💞 (@Nonos_M3) April 17, 2018

'Love shouldn't hurt' – Harriet. Kea please listen to your mother. If it hurts then it isn't love. Love is reciprocal. If you give love only to get abused in return then QUIT! Leave thle. Otloba sbotho 😩 #TheQueenMzansi oh bathong 😭🙏 pic.twitter.com/nvSGwA2Zfk
— Zinhle ♡ (@zinhle_nkwali) April 17, 2018