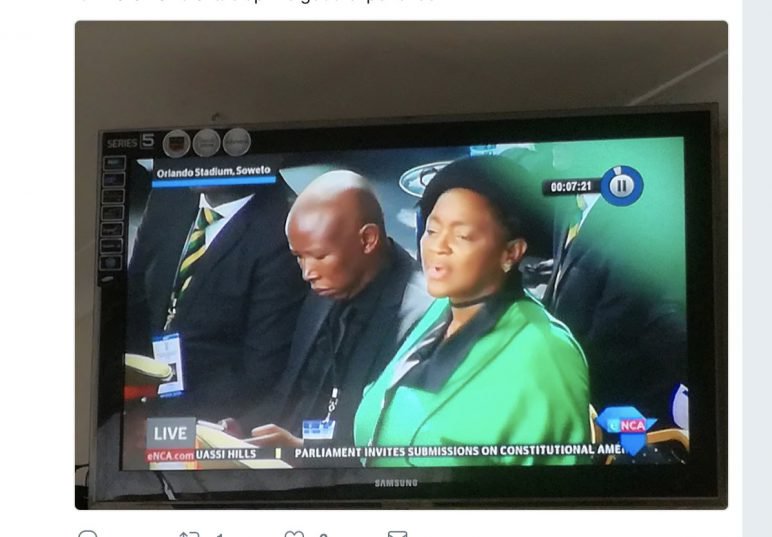 Whoever was in charge of seating arrangements is either uninformed about recent insults, or they’re a sadist.

We don’t know who plans these things, but South Africa was agog on Saturday morning at the sight of EFF leader Julius Malema being seated next to ANC Women’s League president Bathabile Dlamini at Orlando Stadium for the funeral service of Winnie Madikizela-Mandela.

He was already looking glum due to the dark nature of proceedings and sat looking even more unhappy as Dlamini sang.

He recently viciously insulted Dlamini by referring to her as the “Drunkard of the Nation” in contrast to Madikizela-Mandela having been the Mother of the Nation.

Dlamini always takes enormous exception to any suggestion that she touches alcohol.

Malema was due to speak at the funeral later.