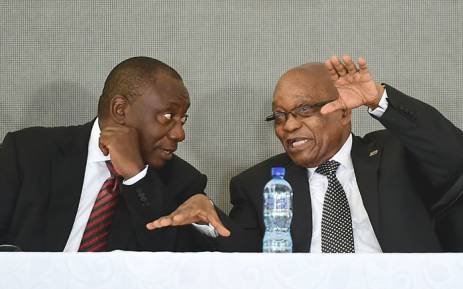 South Africa’s new President Cyril Ramaphosa is expected to earn a Salary of R3.6 million in 2018 – easily making him one of the best paid leaders in the world.
Former president Jacob Zuma last earned a salary of just under R2.9 million, which put him comfortably within the top 20 highest paid world leaders, despite the state of South Africa’s economyduring his term in office.

NBA Jam Game Comparison
What would happen to a modern-day Mos…
Light In The Box – End of Season! Meg…
8 Steps You Can Take to Empower Your …
Top 10 Highest-Paid Crypto Jobs in 20…
While the local economy has picked up on the back of positive sentiment and political moves since Ramaphosa took over, many have questioned and criticised National Treasury’s allocation of such a high salary for the president.
Of the many criticisms, analysts have said a large salary hike (25% higher than Zuma’s salary) at a time when South Africa is experiencing a massive budget shortfall, and needs to cut spending – especially with an already bloated government wage bill – sends the wrong message.
Others have said that, as one of the richest men in South Africa, with a net worth estimated at $650 million, the president doesn’t really need to earn so much.
World leader top earners
Converted to dollars (at current rates) Ramaphosa’s proposed salary translates to just over $305,000.
Despite ‘suffering’ from a salary freeze for a third year in a row, Singapore’s prime minister Lee Hsien Loong remains the highest paid leader in the world.
Singaporean officials said the salary freeze would remain in place in 2018, however the country’s leader earns the dollar equivalent of $2.2 million a year.
The second highest politically appointed earner is the chief executive of Hong Kong, Carrie Lam, who receives a salary of KH$5 million a year – roughly $638,000 at current rates.
This is followed by the current president of the Swiss Confederation, Alain Berset, who will earn around $480,000. The Swiss Confederation president has a term of one year, and gets a salary that is only adjusted for inflation. In 2017 this is just over 453,000 francs.
Australia’s prime minister, Malcolm Turnbull earns a salary of $415,000, just ahead of US president Donald Trump, who earns the standard presidential salary of $400,000, which he has promised to donate to charitable causes.
Possibly earning higher than Ramaphosa is Austria’s new chancellor Sebastian Kurz, who is expected to earn more than his predecessor’s $310,000; however no salary data has been published since he won the Austrian election in 2017.
Many European heads of state make up the salary range between $200,000 and $300,000, with German chancellor, Angela Merkel’s €220,000 salary equal to $272,000 at current rates.
This is just ahead of Canadian prime minister Justin Trudeau’s $266,000 take (C$345,400). Ireland’s top official will take home €192,233 ($237,000), France’s Emmanuel Macron takes €178,920 ($221,000)
It’s worth noting that many countries have a president or monarch that serves as the head of state in a ceremonial or figure-head role, who sometimes earn more than the heads of government. However, only the latter group have been considered here.
BRICS earners
While not among the world’s top earners, leaders of the BRICS nations should also be taken into account when comparing salaries.
Despite being the smallest (in terms of size, GDP etc), South Africa’s president still takes the biggest salary – officially, anyway.
Russian president Vladimir Putin draws a salary of $112,000, just higher than Indian president Ram Nath Kovind’s $92,400 take, and the People’s Republic of China president, Xi Jinping’s supposed salary of $22,000.
Controversial Brazilian leader Michael Temer receives 371,696 real, annually, which is just over $113,000.
BRICS leader salaries appear far more modest compared to other nations, but the true extent and sources of their wealth – as with our local politicians – is widely questioned.
(All salaries have been converted to US dollars and ZAR at respective rates on 15 March 2018)


This post first appeared on The Edge Search, please read the originial post: here
People also like
NBA Jam Game Comparison
What would happen to a modern-day Moses in America?
Light In The Box – End of Season! Mega Sale: 25% to 60% discount
8 Steps You Can Take to Empower Your Workforce
Top 10 Highest-Paid Crypto Jobs in 2022
Advisors' Creative Solutions for Getting their Clients Tested Before Travel
Save Cost And Time With This Guide On Hiring Graphic Designers
Biden Administration Announces Bipartisan Infrastructure Law Wildfire Mitigation Investments in Colorado