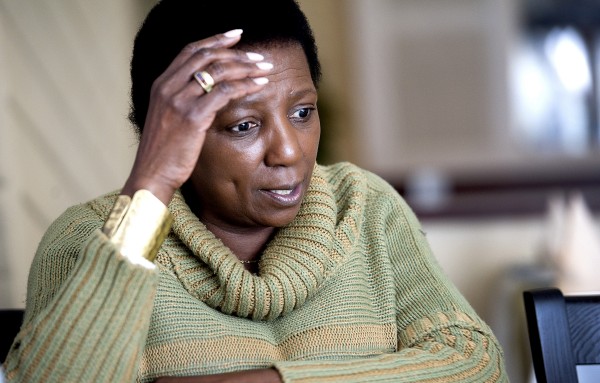 #TheQueenMzansi. Actress Mara Louw, who plays the role of 'Boi' in the Mzansi drama series The Queen, will no longer be on the show.

In an interview with Sunday Sun, Louw accused the executive producer of Ferguson Films of lying and treating her 'like trash'.

The on-screen siblings seem to have had a fallout over Louw's contract extension. Shona Ferguson says there was an offer to extend it, which Louw declined. 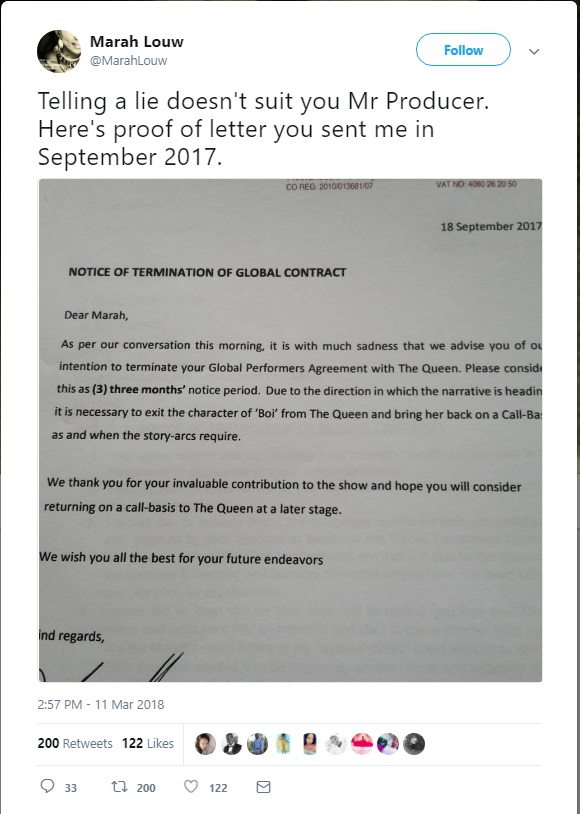 In a series of tweets, Mara Louw posted the letter of her termination from Ferguson Films, which does not state any offers of continuation. The letter was given to her in February.

The letter addressed to Louw states that she would only be needed on a 'call-out' basis as and when the character arcs require her to do so.

Another one bites the dust😂 It was an honour and privilege to be a part of "The Queen " It Is Well with My Soul. Love Y'all
— Marah Louw (@MarahLouw) March 6, 2018

Its sad when people enjoy when someone loses their income. Human beings have lost Ubuntu. It Is Well With My Soul. Modimo otla iponela.

Brickz Goes Back To Prison: Details!