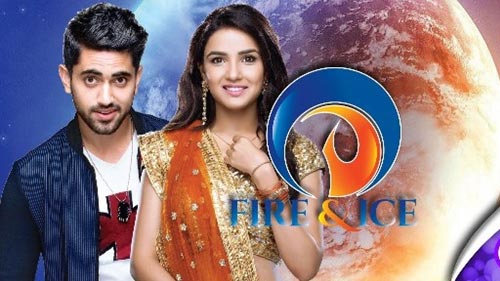 Twinkle and Yuvraj plan to get engaged before the time, not knowing that the detective has been following them. Yuvraj finally reveals his true intentions and it turns out he had a hidden agenda all along. Kunj brings Twinkle a very special gift.

In spite off all her efforts, Twinkle's formal engagement to Kunj still takes place. Yuvraj decides to beat up Kunj, unfortunately for him Leela intervenes. Usha makes it clear to Leela that she is against the marriage and that she doesn't like Twinkle. What will Leela do now?

Babli reads a message meant for Twinkle and as a result, she gets trapped in a very dangerous scenario. Kunj realises that someone tried to frame him and he tries to figure out who. Kunj and Twinkle find out that their wedding date has been brought forward.

Leela gets Anita arrested, thinking that she and Yuvraj kidnapped Twinkle. Anita reveals publically to Leela that Yuvraj and Twinkle have eloped. In the nick of time, Kunj rescues Twinkle from Yuvraj's clutches, but for how long can Kunj spoil Yuvraj's plans?

Anita hands over the so called evidence to Usha of Twinkle's bad deeds. Leela threatens to drink poison and end her life if Twinkle doesn't tell her the truth. Twinkle consumes the poison and now her life is in serious danger.

Yuvraj plans to ruin Twinkle's reputation completely. Manohar still shows that he is prepared to go to any lengths to get Kunj married to Twinkle, even if it means he has to threaten Kunj at Gunpoint. Will Kunj agree or is this the last of him?

Yuvraj sends Leela the video of Twinkle and Kunj confessing that all this is just a deal, nothing more. Nikki Sarna sends an invitation to the Luthra's to attend Kunj and Twinkle's wedding.

At the wedding venue, a familiar face makes her appearance unexpectedly. Yuvraj honours his word and kidnaps Twinkle at the first event. Now it's up to Kunj to save her from Yuvraj's clutches... will he be able to find her?

Usha makes plans behind everyones back to get Kunj married to Alisha. Manohar asks Usha to prepare food for the priest, but instead Usha suggests that Twinkle should cook the food. Yuvraj tells Twinkle that he plans to marry her best friend Chinky.

It's decision time for Twinkle, as she now has to decide whose name must be written on her palms at the henna ceremony. Yuvraj tries one more time to bring Twinkle's name into disrepute.

Yuvraj stages a play where in he tells everyone the story of Twinkle and him. Kunj, with the help of a familiar face, save Twinkle's face from the doctored Haldi paste. Frustrated with his defeat, Yuvraj plans to get rid of Kunj once and for all.

Kunj gets a wrapped box from an unknown person and inside is his mother's veil with blood all over it. Yuvraj kidnaps Kunj and buries him alive in a cemetery. Can Kunj somehow escape this ordeal? Or will Yuvraj finally succeed?

Kunj and Twinkle get married and almost everyone around them is happy except, Usha. Twinkle misunderstands that her mom listened to the recording she left her with. A little misunderstanding leads to Kunj possibly spending his wedding night in jail.

Twinkle and Kunj both end up spending their first night of marriage in jail. A unknown male finds the voice recording Twinkle left for Leela. Yuvraj and Anita finally manage to create a rift between Twinkle and Leela.

Thanks to one silly mistake, Twinkle gets forced to do something very unusual by Manohar and his guru. Manohar gets a threatening phone call and not long after, Ishan gets kidnapped. Who could be behind this?

Twinkle and Kunj somehow manage to save Ishan. The kidnapper calls and now a new twist to the tale is revealed. Anita makes her presence known as she reveals that Manohar is actually bankrupt.

Everyone starts to worry when Twinkle goes missing. Usha takes this opportunity to belittle and insult Leela. Kunj saves yet another girl from Yuvraj's clutches. Kunj gets an unexpected phone call and his left shocked.

After locating Twinkle in the hospital, Kunj promises Leela that he will take care of Twinkle and support her no matter what. Kunj embarks on a dangerous journey just to ensure that Twinkle recovers.

The Sarna family get a very unexpected guest and it becomes clear that these people have a hold on Manohar and he fears them. Question is, who are these guests and what hold do they have on Manohar?

Premiere episodes of Fire & Ice air on Zee World from Mondays to Sundays at 19h00.