#AskAMan: 10 Things You Should Never Lie To Your Boyfriend About 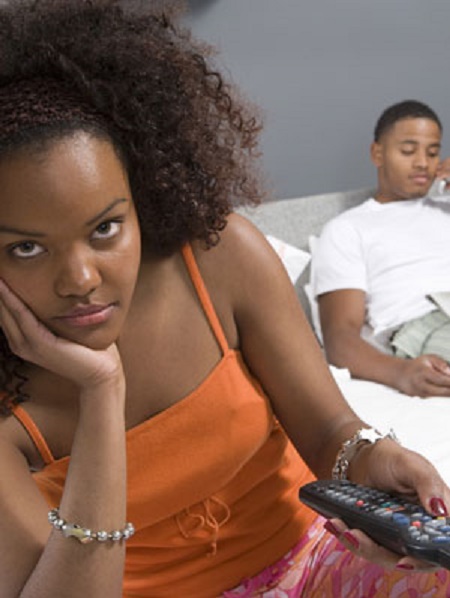 When His Friends Are Being Mean To You

It's one thing to lie to your Boyfriend about hating his friends - it's another thing to lie to him if they're being mean to you. If your BF's friends are being really rude to you, you should let him know. Wouldn't you want to know if your friends were being mean to your BF behind your back? Similarly, you should let him know if one of his friends tries hitting on you. His friend is doing something wrong and he deserves to know that.

Homemade No Churn Raspberry Ice Cream
Starburst XXXtreme Slot (NetEnt) Revi…
Last week, I gave you guys a list of lies that it’s okay to tell your boyfriend. While it’s sometimes acceptable to skip the truth, I generally advise that any romantic Relationship you’re in should be full of honesty. Being honest with your significant other is the best way to build trust and loyalty – two very important factors in any kind of relationship.

So, since you already know what it’s okay to lie about, I figured I’d tell you what it’s definitely not okay to lie about. Not telling the truth about any of these things could result in both of you or either of you being unhappy or even ruining your relationship. Plus, lying about this stuff is tricky. Just be honest!
Here are 10 things you should never lie about to your boyfriend:

If you make the decision to cheat on your boyfriend, you owe it to him to at least tell him the truth. Lying about cheating is one of the worst things you can do to someone - it's betrayal, plain and simple. Maybe you really regret your actions, but that doesn't mean you can just pretend to forget about them and move on like nothing happened. You should have enough respect for your BF to let him know what you did.

We all know you're not. Why are you even bothering to say it? Look, everyone knows that when a girl says, "I'm fine," she really means the exact opposite. If you're angry at your boyfriend for something, tell him instead of making him play the guessing game. I know it's frustrating when he doesn't realize what he did wrong, but being upfront about what's bothering you right away is going to make a fight come and go a lot faster. Being honest about when you're angry or upset is also the way to make a relationship work - how do you expect to get anywhere if you can't tell him how you feel?

If a dude says those three BIG words before you're ready to say them back, don't lie and say, "I love you too" simply because you feel guilty not doing that. Look, I know this is an extremely difficult situation to be in. How are you supposed to react without crushing his feelings? I know it's tempting to lie until you really do love him, but don't - what if you never end up loving him? What if he finds out you lied? That's going to hurt SO much worse than if you had just said, "I really, really care about you, but I need more time before I say the l-word."

I've witnessed tons of girls out there lie to their boyfriends about what they like and don't like simply because they want to impress them. Girls - this isn't the way to impress a dude. You can impress him by sticking to your beliefs while still being open to his. Don't tell him you love heavy metal when really Britney Spears is your fave singer just because he thinks Brit-Brit is lame. Don't act like you hate cats just because he does too. Be yourself!

05 When His Fave Thing In Bed Makes You Uncomfortable

Just because he's your boyfriend doesn't mean you have to do whatever sexual thing he wants. If you don't like something he ALWAYS does whenever you two hook up, say something! You don't have to be like, "ew, get off of me." You can just say, "I'm not into this. Can we try something different?" Also, your BF doesn't have license to pressure you into things simply because he's dating you. If he wants to do something you're no comfortable with, don't lie and say you are because you feel guilty.

04. That You Still Talk To Your Ex

You don't have to race home to tell your boyfriend that you bumped into your ex at the mall. But if you have a friendly relationship with your ex and you two talk once in a while, you should fill your boyfriend in. Yeah, it might make him a teensy bit jealous, but lying about it isn't going to make anything any better! If you lie and he finds out, your innocent friendship is going to seem extremely suspicious to him, no matter what you say. But if you're upfront about it from the beginning, he has much more of a reason to trust you that there are no feelings there.

We've gone over this before - faking an orgasm is a terrible idea. Don't lie to your BF and tell him you had an orgasm if you didn't. This might give him an ego boost in the moment, but ultimately, is it helping either of you? Nope.

02. What You Really Want From The Relationship

Say you're dating a dude who wants to keep things casual - meaning he wants to be able to see other girls. You really, really like him, so you agree to this even though you really don't want to do it. It's better than being alone, right? Um, no. When you're dating someone, you need to be honest about what you really want from the relationship. Two people can't date if they're on two completely different pages.

If you have an STD, I know you might feel way too embarrassed to tell anyone - but, sorry to tell you girl, you have to. It's not okay to have sex with someone without filling them in on what's going on down there, even if you two are using a condom. Would you like it if your boyfriend had an STD and just didn't tell you? Probably not.

#AskAMan: 10 Things You Should Never Lie To Your Boyfriend About