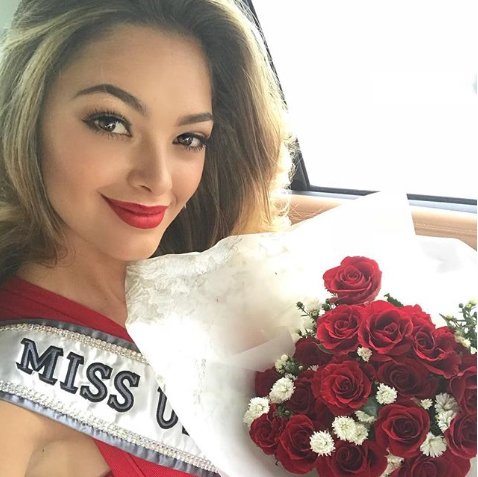 Pics! Miss Universe Demi-Leigh Nel-Peters Returns Home! The gorgeous Miss Universe who also happens to be our very own and she is back to tour South Africa as she celebrates her new crown with the nation.


Nel-Peters has been living in New York attending to her duties as the Miss Universe since her crowning back in November 2017. Check out photos from her arrival at OR Tambo on Wednesday.