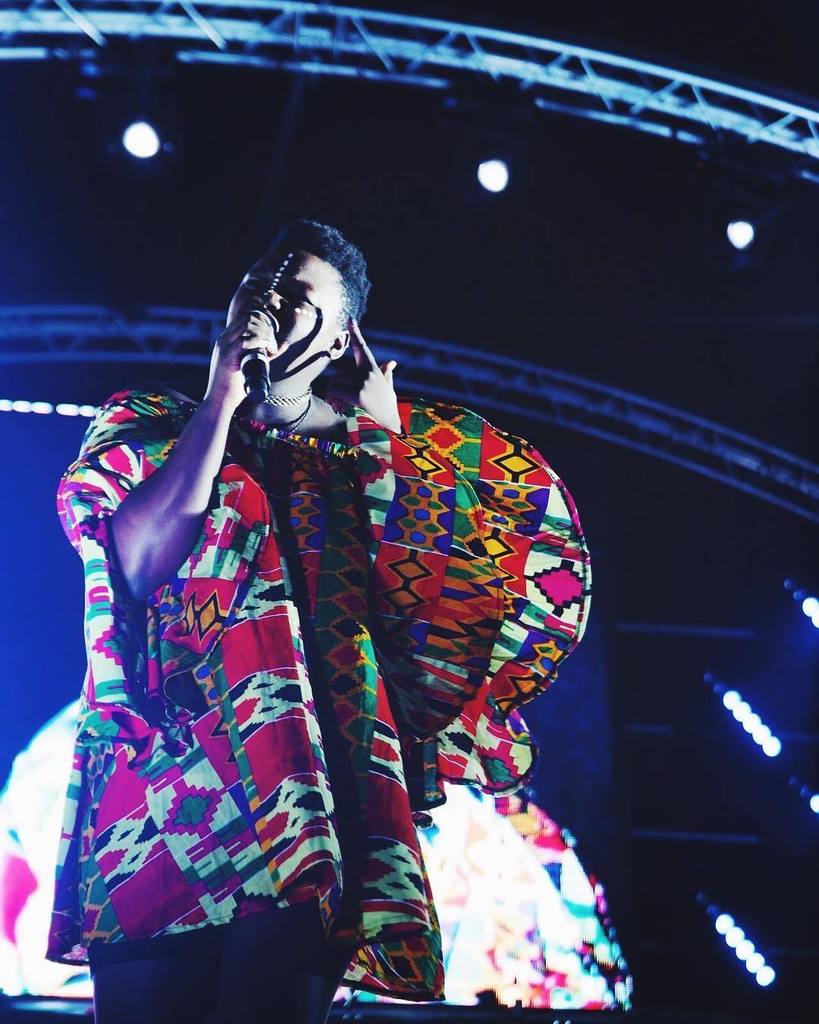 Local musician Amanda Black was threatened at gunpoint by an unidentified assailant on Sunday.

A visibly shaken Amanda posted a video on Twitter where she explained what had happened: "We are here at Polokwane at the Mapungubwe Jazz Festival and there was a whole mix up with times slots. We got here on time for our time slot and literally, we were about to perform and they chased us off stage.

"This guy, I don't even know what his name is, shouted at us. He gets angry, and he pulls out a gun. I don't even know how to feel. He smacked one of my band members for taking pictures. This guy was allowed in, with a gun and threaten our lives."

She captioned the video - recorded on route to the Polokwane police station: "This guy followed us to the car and smacked one of my band members and threatened us with a gun for taking a video of him."

The Amazulu singer went on to write: "I've truly never been so scared in my life. The reason I posted was because you guys never see what happens backstage." 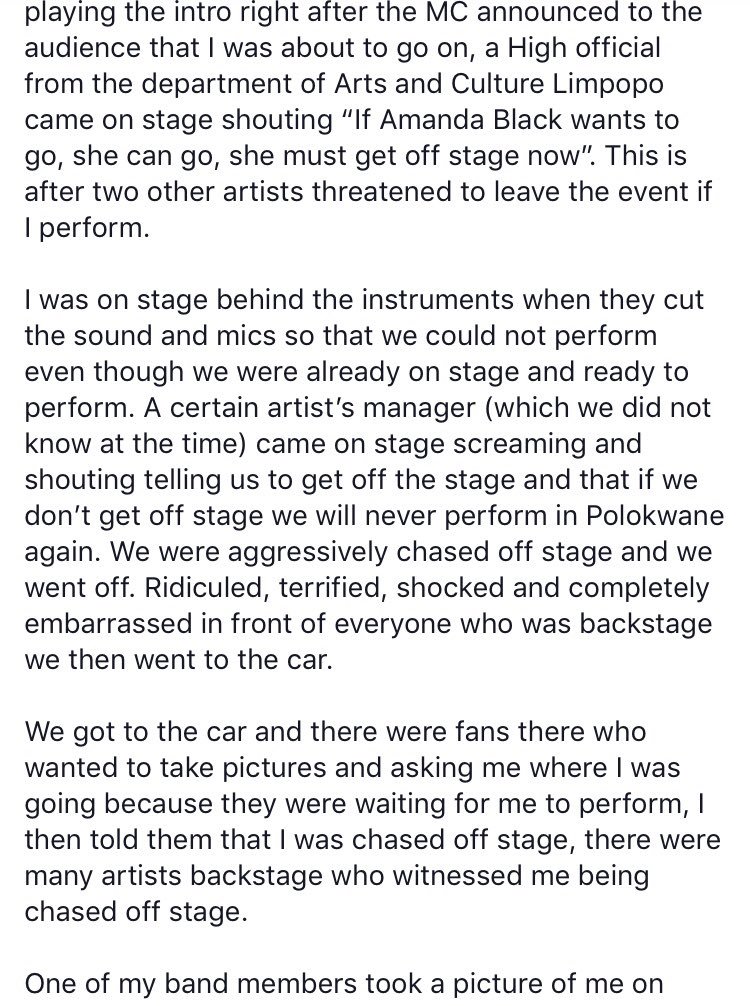 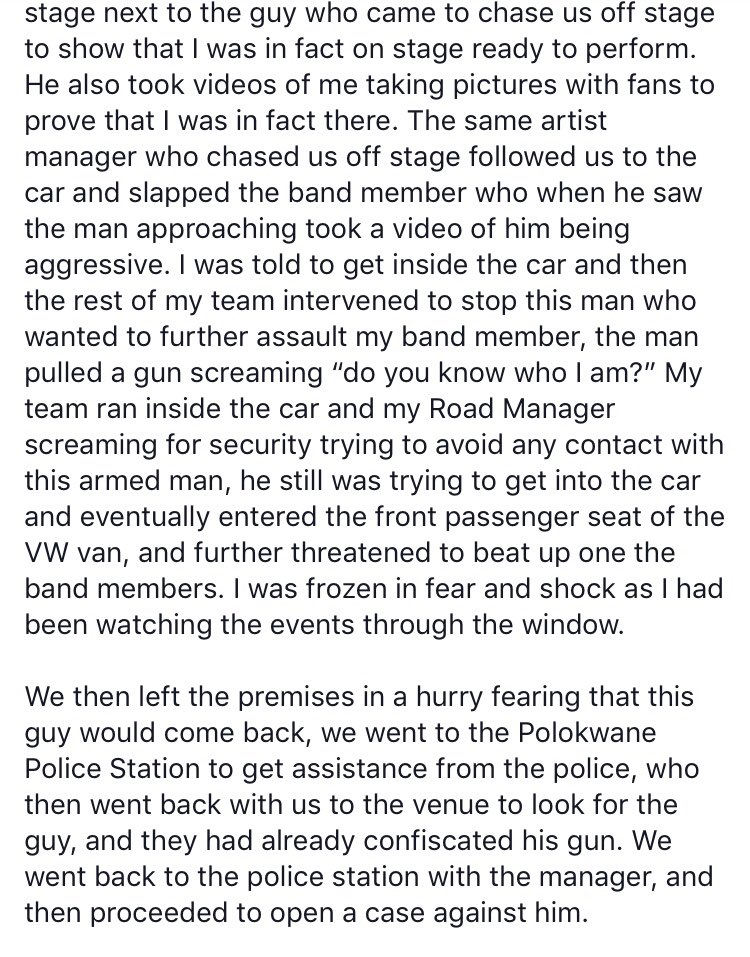 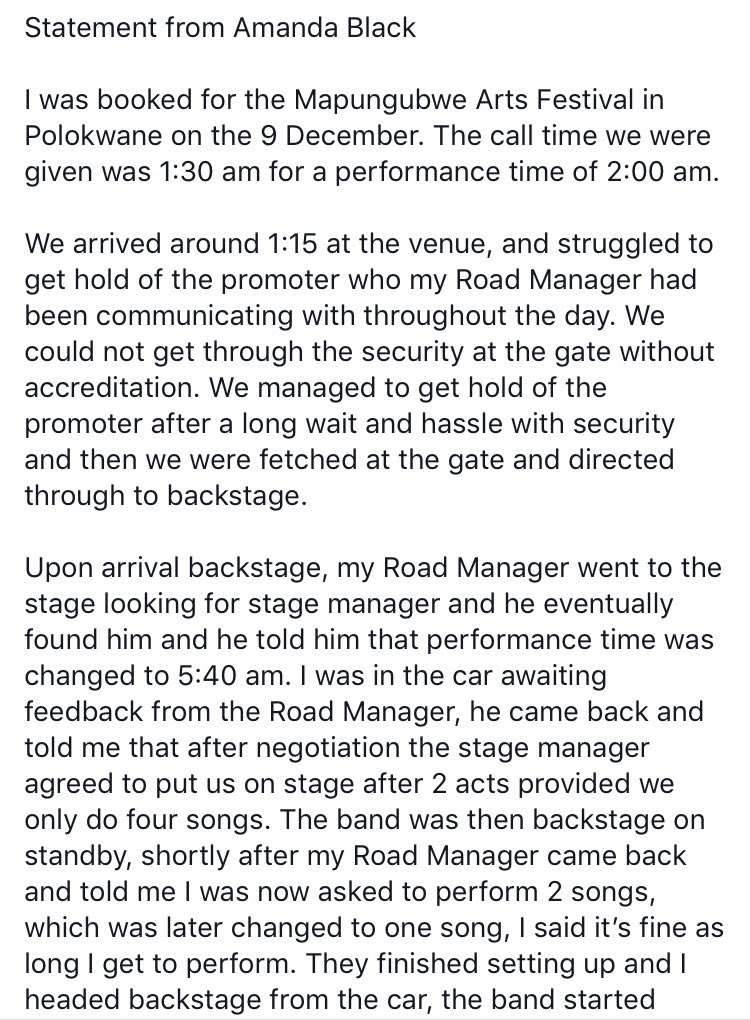 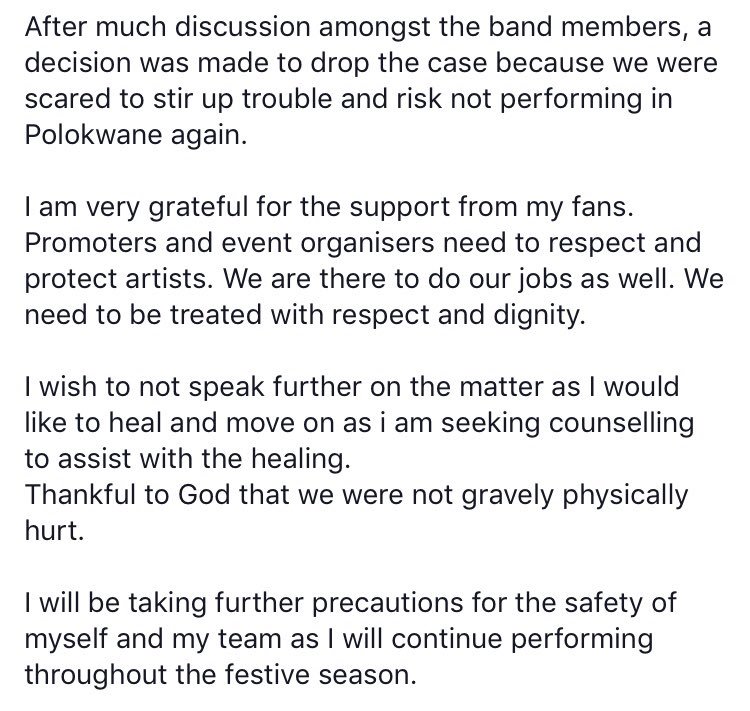