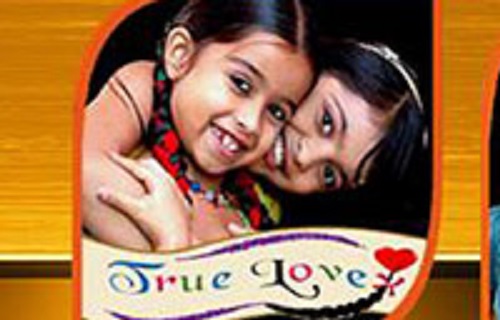 Coming up on True Love this December 2017:

Friday 1 December 2017
Episode 119
Tapasya meets a boy at a party and sneaks away with him to have some fun. Will she get caught by her family?

Episode 120
Tapasya invites Siddhart to her beauty pageant, after they spend some time shopping. Is their bond about to grow deeper?

Monday 4 December 2017
Episode 121
Tapasya wins her beauty contest and everyone celebrates with her. Meanwhile, Ichcha is worried about a boy named Paras.

Episode 122
Whilst Tapasya celebrates her victory, Jogi talks to her about an arranged marriage and has a man ready for her.

Tuesday 5 December 2017
Episode 123
Veer comes home to meet his potential wife, Tapasya. Meanwhile, Ichcha and Tapasya try their best to convince Tapasya’s parents not to get her married.

Episode 124
Sid wants Tapasya to attend a party that he is hosting. Meanwhile, Tapasya’s family seems to be very impressed with Veer.

Wednesday 6 December 2017
Episode 125
Tapasya works on a plan to get out of the house, and goes to the extreme when she leaves Ichcha and Veer alone at a restaurant.

Episode 126
Ichcha and Veer spend some time and talk to one another whilst Tapasya has some fun with Sid. Meanwhile, Damini becomes suspicious of Ichcha when she asks questions about Veer.

Thursday 7 December 2017
Episode 127
Ichcha tries to take Veer away when Tapasya’s friends join them at a get together. What are her intentions?

Episode 128
Tapasya wants Ichcha to talk to Jogi about Sid. Does she want to marry him? Meanwhile, Veer starts to question Ichcha about Tapasya avoiding him.

Friday 8 December 2017
Episode 129
Sumitra Devi thinks that Ichcha is turning Veer against Tapasya. How will she react to this? Meanwhile, Tapasya finds it hard to concentrate at a rehearsal when Sid isn’t around.

Episode 130
Ichcha wants to tell Jogi the truth about Sid but Tapasya stops her just in time. Meanwhile, Veer wants to lend a helping hand to Ichcha.

Monday 11 December 2017
Episode 131
Veer spends some quality time with Ichcha and her students. Could Ichcha be falling in love with Veer?

Episode 132
Sumitra Devi creates a scene in the house when she sees Ichcha with Veer. What is she about to do?

Tuesday 12 December 2017
Episode 133
Tapasya saves Ichcha in the nick of time, whilst Veer senses the weird vibes coming from Ichcha. What is he up to?

Episode 134
Veer creates a fake issue with his car so that he can spend some time with Ichcha, but it seems as though Sumitra Devi has her eyes on them. What will she do?

Wednesday 13 December 2017
Episode 135
Sumitra tells Damini and Divya what has been going on with Ichcha and Veer. How will Damini react to Ichcha when she finds out?

Episode 136
Damini is ready to kick Ichcha out of the mansion, but Sumitra Devi seems to have her own evil intentions towards Ichcha. What is she about to do?

Thursday 14 December 2017
Episode 137
Ichcha shares her worries with Tapasya. Will Tapasya manage to make things right for her? Meanwhile, Damini finds out that Sumitra invited Pushkar back home.

Episode 138
Pushkar and Sumitra work on a plan to get Damini and Ichcha out of the mansion. Meanwhile, Veer arrives at the mansion to find out why Ichcha is ignoring him.

Friday 15 December 2017
Episode 139
Veer tries to figure out what is going on with Ichcha. Meanwhile, a potential husband arrives for Ichcha at the mansion. Will he be a perfect fit for her?

Episode 140
Veer realizes that he is in love with Ichcha, but everything changes when Devi tells him that her marriage has been fixed. How will he react to this?

Monday 18 December 2017
Episode 141
Veer and Tapasya come to an agreement that they do not want to marry one another. It seems as though Veer is ready to talk to Sumitra about marrying Ichcha.

Episode 142
Veer announces to everyone that he and Tapasya are not compatible and that he is in love with Ichcha and wants to marry her. How will everyone react?

Tuesday 19 December 2017
Episode 143
Sumitra creates a scene with Damini and Ichcha. Meanwhile, everyone taunts Ichcha as though she had caused Veer to fall for her on purpose.

Episode 144
Ichcha wants to get out of Tapasya’s life forever, even if it means she has to marry Prakash. How will Damini feel about this?

Wednesday 20 December 2017
Episode 145
Damini confronts Veer about how he is the reason that everything is going wrong in Ichcha’s life, when he tries to declare his love for her daughter.

Episode 146
Veer asks Ichcha if she feels the same towards him. How will Ichcha respond to him?

Thursday 21 December 2017
Episode 147
Divya drives past as Tapasya and Sid spend some time together. Will she catch them? Meanwhile, Jogi returns home and asks questions about the current home situation. What will she say?

Episode 148
Jogi wants Ichcha to tell him the truth about what has been going on. Meanwhile, Sumitra and Pushkar use Rohini as a pawn to get them back into the home.

Friday 22 December 2017
Episode 149
Jogi tells Prakash’s parents that Ichcha cannot marry their son, that she can only marry a man who will really love and care for her. Who could he be talking about?

Episode 150
Jogi is about to shock everyone in their home, when he states that he has someone ready for Ichcha to get married to. Will Ichcha agree?


Please note: True Love will go on hiatus from Monday, 25 December to early January. Glow TV's festive programming will air in its timeslot.

Premiere episodes of True Love air on Glow TV from Mondays to Fridays at 20h00 and 20h30.

Why I Chose to Be Vaccinated Against …
“The Friend Who May Not Seem a Friend…
Strange Groups
Goal 2020 review and 2021 Resolution
Music Profile: Jackie's Boy - R&B Art…


This post first appeared on The Edge Search, please read the originial post: here
People also like
Why I Chose to Be Vaccinated Against COVID-19
“The Friend Who May Not Seem a Friend”: The Cat and the Fire, Part 1 of 3
Strange Groups
Goal 2020 review and 2021 Resolution
Music Profile: Jackie's Boy - R&B Artist - Georgia, Usa | SRL Networks London Music PR
(251 Mistakes) In 2.0 – Plenty Mistakes In "2.0" Full Hindi Movie – Rajinikanth & Akshay Kumar
My #1 Secret for Being a Better Teacher