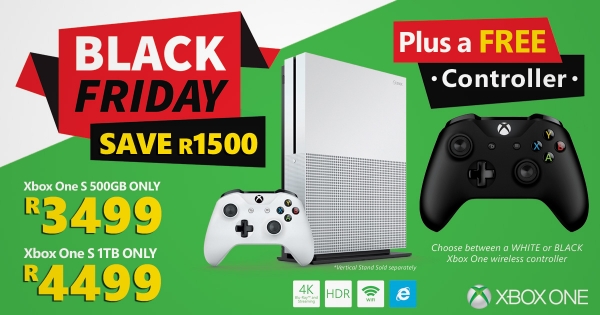 How to prepare mango leaves for diabe…
Vodacom buys 55% stake in Vodafone Eg…
Take A Trip To ‘Sunshine City’ with E…
Best Home Sauna To Stay Warm All Wint…
Customers who purchase a console will also receive a free Xbox One controller in white or black.
Various deals will be available on Xbox One games, including Forza Motorsport 7 – which will be discounted to R799.
These and other Xbox Black Friday Deals will be available at selected retailers.