How to qualify for a free set-top box #DigitalMigration

Qualifying households in the Free State and Northern Cape can from today apply for a subsidised set-top box at their local post office.

The set-top box decoders will give access to more than 18 television channels, including the South African Broadcasting Corporation (SABC) channels, e-TV and community channels.

“To qualify, the household members must be South African citizens and have a valid television licence. Applicants should bring their identity book, proof of address, proof of income (in the form of an affidavit or salary slip) and television licence to the post office when they register,” Sapo said.

Local contractors will be enlisted to install the satellite dish and decoder.

“Households that do not qualify for a subsidised item can buy a decoder from their local post office at a once-off cost with no monthly subscription fees,” Sapo said.

The registration of households for digital television decoders started on 1 October in the Square Kilometre Array (SKA) telescope area of the Northern Cape, where 2 000 households had registered for a set-top box by 26 November. 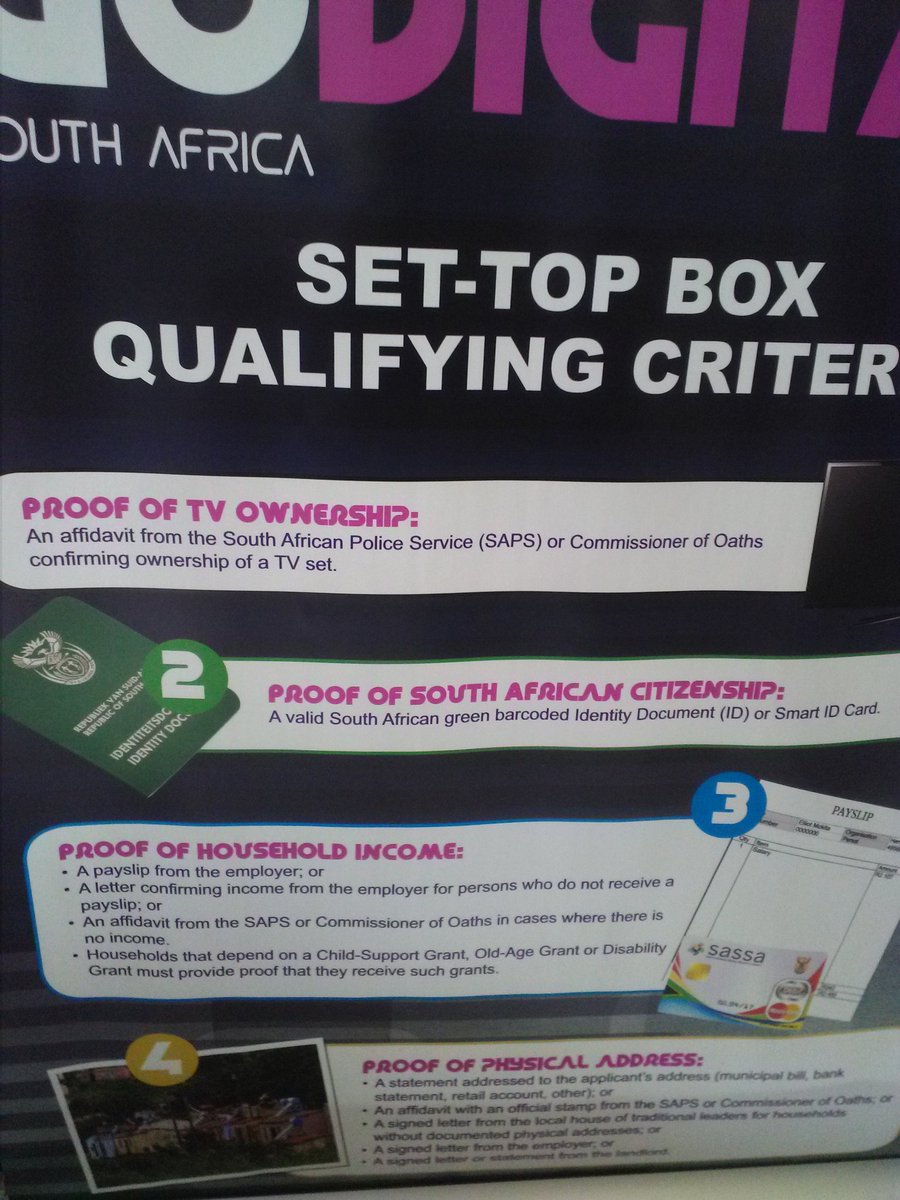 How to qualify for a free set-top box #DigitalMigration