This video from the Soweto Derby is everything 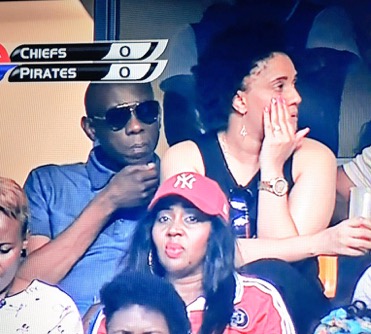 Never mind if you're a Buccaneer or Amakhosi fan, the one thing everyone was talking about after the Soweto Derby was the guy who tried to hide after he saw himself on camera.

The footage, which is on camera, sees a man in a blue shirt ducking after he realises  a camera is pointed in his direction.

#SowetoDerby why is this guy hiding? Lets make sure whoever is looking for him sees him pic.twitter.com/Idx8nnZpAU
— Mpho (@Mpho_Mmbadi) October 21, 2017

When you told mem you meeting up with the boys but the cameraman is not your friend. #SowetoDerby pic.twitter.com/V2zEBBdpgd
— Njabulo Xaba (@ProsperXaba) October 21, 2017

#SowetoDerby you wearing shades but still hide because u are clearly "hiding" from something 😂😂 pic.twitter.com/QHUy6MRchK
— Sego (@Thee_Les_ego) October 21, 2017

This video from the Soweto Derby is everything