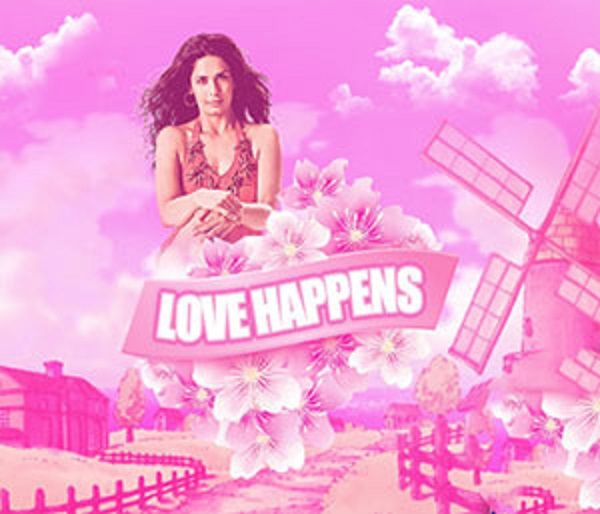 As we spilt right here, Zee World debuts six new novelas over the next six months.

Here's a refresh of what it's about, followed by the first teasers:


The story centres round Aanya, a daring, young girl, born with silver spoon in her mouth.

She believes in the power of money and uses it to her advantage but fate has something else in store for her when she comes face-to-face with a new world in a village.

Aanya’s new rural life introduces Raghu into her life. Raghu is a villager and sparks fly between them... and not the good kind.

The village witnesses a funny and eventful war between these two as the idealism and behaviour of modern-city society clashes with traditions and values.Coming up in the premieres episodes:

The Shroff family has it all. But in one day they lose everything. With no choice, the women must move to a village out of the city. Follow them as the village will teach this family about what is truly valuable in life.

Village life continues to test the Shroff women. While GD tries to help them adjust, Aanya gets herself into a lot of trouble by bathing where she shouldn’t. What will be in store for her as the village decides what punishment to meet out?


Premiere episodes of Love Happens air on Zee World from Mondays to Fridays at 19h00.

Coming up on Love Happens this November 2017:

Hearing Aanya has run away, the villagers decide to search for her. While chasing criminals that have stolen his harvest, Raghu runs into a determined Aanya who refuses to return to the village. Will Raghu be able to bring her back?

Raghu’s plan to shave off Aanya’s hair comes to an interesting head when Aanya uncovers the truth. In her plan to escape, Aanya finds the village phone to call for help, however the phone is broken, with Raghu as the only one to fix it…

Raghu invites the Shroff women to the village fair. As Aanya counts the hours till Arjun arrives, Isha almost catches her out. To cover her plan, Aanya sets up a makeover store at the fair. The store causes quite the stir…

With inspector Bali arriving at the fair, things get very complicated for the Shroffs. To conceal her identity, Aanya claims to be the village wife of Raghu. Raghu uses this opportunity to force Aanya to do something she never imagined.

Aanya finds Arjun at the fair and convinces Raghu to hide him and her friends from inspector Bali. While they wait for the Jeep to get fixed, things get quite heated between Arjun and Raghu. They decide to settle matters the city way…

Aanya comes up with another plan to stop GD from finding out about Arjun. While the basketball match ends quite interestingly, Aanya’s own plan to stop GD ends up foiling her leaving the village. Will Raghu come to her rescue yet again?

Upon waking, Aanya runs off in search of Arjun and Raghu helps her. Gehna hears of a marriage proposal to her, thinking it's from Raghu. However, as Raghu helps Aanya, he finds out more of her past and starts to see her in a new light…

While Raghu struggles with his new feelings towards Aanya, Lakhan’s corrupt dealings catch up to him as he is threatened about the village. As Aanya returns, GD decides to tell her something she has been hiding the whole time…

Aanya decides to work on her cooking skills but ends up in serious trouble. Lakhan learns of a secret about the village that he plans to exploit. Raghu tries to avoid Aanya as he cannot understand how he feels when she is around him.

After her cooking ends horribly, Aanya wants Raghu to help her become a farmer. Intent on destroying the village, Lakhan goes after Raghu’s fields and GD overhears his plan. However, will it be Aanya’s turn to come to Raghu’s rescue?

Raghu hears that its Aanya’s birthday so he plans to throw a party for her. Inspector Bali visits and un-expectantly tells Lakhan something damaging for the Shroff women. Upon hearing Raghu’s plan, Isha tries to ruin Aanya’s special day…

At the birthday party, Aanya does something to surprise everyone. Raghu and Bhola make a really big mistake after they get drunk from eating a cake with alcohol in it. Lakhan tries to threaten GD, but doesn’t realise he has met his match.

Lakhan and GD plan to leave the village. Upon leaving, GD asks Raghu to make a serious promise. After the party, Gehna thinks that Raghu is hiding his love for her and Aanya makes things far worse with an unexpected visit to the chief..

GD and Lakhan meet up with a business man in the city to make a deal about the village, but is all what it seems? Aanya causes extreme problems for Raghu and Gehna by asking them to openly declare what she feels has been hidden all along.

Once Gehna declares her love for Raghu, he is left having to decide between honouring Gehna or disgracing Aanya. What will he do? Meanwhile Aanya leaves for the city and gets into trouble once again, but will Raghu save her this time?

While Inspector Bali still hunts for Aanya and Raghu, they are fortunately bailed out of jail by a mystery man that lives in the city. Who will this man prove to be? And how will Raghu deal with what awaits him in the city of Mumbai?

Rahul invites Aanya to a club and she convinces Raghu to join them. At the club, Raghu meets up with trouble. As a result, he plans on leaving the city. However before he leaves, he is drawn into telling Aanya something she never thought.

Rahul tries to cheer up Aanya after Raghu leaves. But Aanya has her own plans for him. Feeling he is lost; Bhola, Debby and Isha leave the village in search of Raghu. However, behind the scenes – Lakhan has done something terrible…

Rahul seems to know about Aanya’s trickery and wants to teach her a lesson, but Aanya’s plans aren’t over just yet. However, at the hospital, Aanya and Rahul run into a shocking discovery that ends up causing Rahul to do the unimaginable.

Aanya can’t make up her mind about Rahul’s proposal so she goes to Raghu for help. Isha is jealous over this so she forces Bhola to get a makeover to compete with Rahul. But Rahul notices something in Raghu, will he use this to his own advantage?

Aanya finally makes her decision about Rahul, but only after Raghu’s advice. As the engagement approaches, Aanya does certain things that seriously test Rahul. Will the pressure of Aanya’s bond with Raghu cause Rahul to break out at her?

During the engagement party, Aanya hears upsetting things about her from the guests. Isha shows off Bhola to her friends but asks him to do something strange. As the party goes on, Aanya once again runs to Raghu but Rahul catches them out.


Premiere episodes of Love Happens air on Zee World from Mondays to Fridays at 19h00.