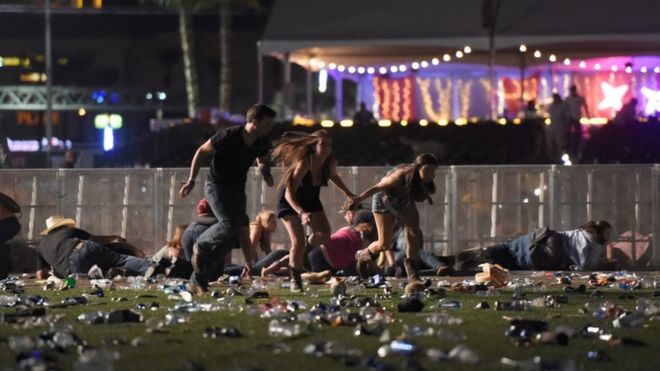 Deadliest mass Shooting in US history .

More than 50 people are dead after the deadliest mass shooting in US history at a music festival near the Mandalay Bay hotel and casino on the Las Vegas strip.

A further 200 people are injured, the Clark County sheriff, Joe Lombardo, said in a briefing in the early hours of Monday morning. The death toll surpasses the Orlando shooting at the Pulse nightclub in June 2016. when 49 people were killed.

The suspected gunman was killed by police on the 32nd floor of the Mandalay Bay, across the Las Vegas Boulevard from the concert. He was named as Stephen Paddock, a 64-year-old local man.

“We have no idea what his belief system was,” Lombardo said. “Right now, we believe he was the sole aggressor and the scene is static.”

Authorities were seeking a woman they named as Marilou Danley. Lombardo gave no details of whether she was suspected of involvement in the attack but described her as an “associate”.