#StateCapture No bank may drop or hire an auditor without the central bank's approval, KPMG "too big to fail" 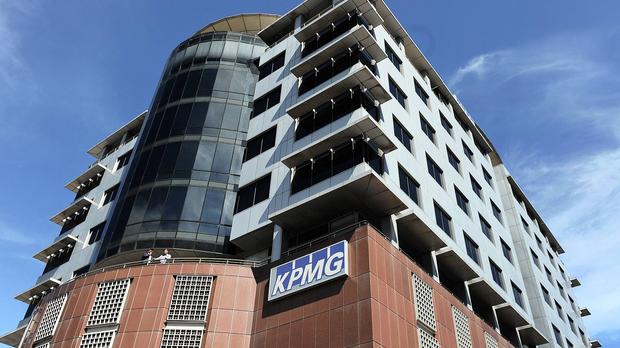 Top 10 Best Sites Like GoStream To Wa…
Best Organic Coffees That Are Healthy…
14+ Best Websites to watch HK Dramas …
Moffat Camping and Caravanning Club S…
#BlackFriday: South African 2018 Blac…
KPMG sacked its South African leadership two weeks ago after it found work the accounting firm had done for companies owned by the Gupta family "fell considerably short" of its standards.
KPMG has said it will ask a senior legal figure to conduct an external investigation into whether its South Africa-based workers were complicit in illegal activities or colluded in producing a report that has since been discredited.
The scandal has raised questions about the survival of the local unit of KPMG, after it lost at least four clients. A number of blue-chip companies, including Barclays Africa  and Nedbank, have publicly said they are considering dropping one of the biggest names in accounting.
But the prospect of the local unit of KPMG going under has rattled the South African Reserve Bank because it is one of only four auditors with enough depth to jointly audit the four largest banks.
No bank may drop or hire an auditor without the central bank's approval.
"The Reserve Bank is essentially saying KPMG is 'too big to fail'," one source said. "They have taken that stance to their discussions with banks."   The Reserve Bank did not respond to questions about its dialogue with lenders and referred Reuters to a statement it issued two weeks ago in which it said it would hold meetings with banks and auditors with a view to maintaining financial system stability.
"RISK TO THE SYSTEM"
Under South African rules, the big four banks, Standard Bank , Barclays Africa, Nedbank and FirstRand must appoint two joint auditors from the pool that comprises KPMG, Ernst & Young, Deloitte and PricewaterhouseCoopers, companies deemed to have specialist banking knowledge. In addition, the big four are required to rotate their auditors every five years and the central bank believes without KPMG in the mix it would be harder, if not impossible, to comply, the sources said.
"Reserve Bank believes KPMG failure poses risk to the system," another source said.  Standard Bank did not directly answer a Reuters question about whether the central bank had asked it not to drop KPMG. It said it would wait for the auditor to complete the investigation before taking any action.
"We do not consider that KPMG has yet taken sufficient action to begin to restore its reputation," it said. Rival Nedbank also did not specifically address the question. Its Chief Financial Officer Raisibe Morathi said it was awaiting the result of KPMG's independent inquiry before deciding on its next step.
Barclays Africa said it was still still in the process of reviewing its relationship with KPMG, without going into details about whether the central bank had told it to keep the firm as its auditor.
FirstRand does not use KPMG as its external auditor.  The KPMG scandal largely relates to a report it produced at end of 2015 that alleged people at the South African Revenue Service created an illegal "rogue spy unit".
The report was used to discredit then finance minister Pravin Gordhan, a vocal critic of Zuma. KPMG has this month apologised for the report and withdrawn its findings. KPMG is one of several high-profile international companies facing questions about its work for the Indian-born Gupta brothers, who have been accused by an anti-graft watchdog of unduly influencing the awarding of government contracts.
The Guptas and Zuma deny wrongdoing and say they are victims of a politically motivated witch-hunt. The Guptas and their companies have not been charged with any crime.
- REUTERS

#StateCapture No bank may drop or hire an auditor without the central bank's approval, KPMG "too big to fail"