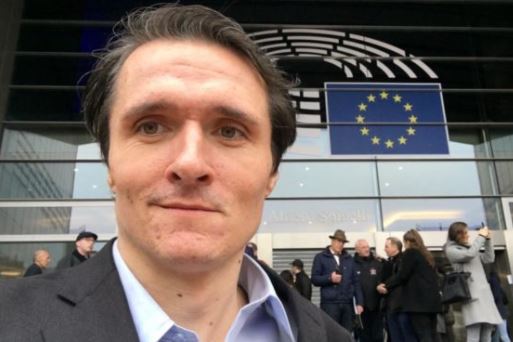 Paul Horner, 38, the Fake News Writer who claimed responsibility for President Trump’s shock election win was found dead in his Laveen, Ariz, home last week.
Maricopa County Sheriff’s Office spokesman Mark Casey announced Tuesday that he was found in his bed on Sept. 18, and an autopsy found no signs of foul play,

Guest Experience Manager – MyStay
Cup and handle failed, what now?
Things You Should Stop Worrying About…
Top 10 Sites to watch Telugu Movies O…
Spider-Man: If This Be My Destiny - L…
He said the 38-year-old American writer and comedian had a history of prescription drug abuse, and “evidence at the scene suggested this could be an accidental overdose”.
Horner, who was known for disseminating controversial news that often went viral on Facebook, claimed former President Barack Obama was gay and a radical Muslim. He also alleged that protesters were being paid thousands of dollars to demonstrate at Donald Trump's campaign rallies.
Paul made a major headline during the presidential election when false stories were widely shared on social media during the race between Trump and Hillary Clinton.
In an interview with The Washington Postin 2016, Horner said, "I think Trump is in the White House because of me."
According to him, he didn't believe it was possible for Trump to win, but was shocked that his own stories took off and blamed the president's supporters for failing to fact-check his claims.
In a tribute to his brother on Facebook, he wrote, " He will be greatly missed. Rest In Peace brother. I love you so much, I know you're out there somewhere."