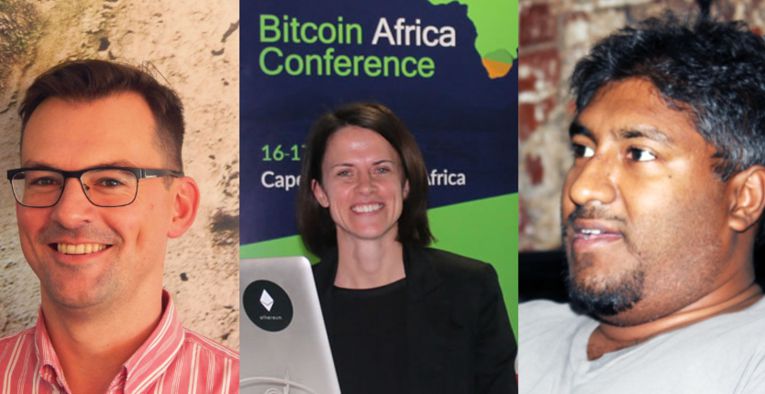 Digital All Stars is a series of articles which aims to celebrate the best of South African digital. The articles, which will appear on Memeburn and Ventureburn, recognise and celebrate South Africa’s best digital entrepreneurs, business people, advertisers, and media professionals among others.

How to Exchange ETH to BTC Without Go…
7 Techniques for Bitcoin Beginners
How To Learn Cryptography as a Progra…
Cryptocurrency and Blockchain are two much hyped technologies, but their impact on society can’t be understated. From making profits to serving up land claims, the two technologies are inextricably linked.
Who are the South Africans making waves in the scene though? Who are the people contributing to the cryptocurrency and Blockchain landscape? We take a look.

Who says that Bitcoin is the only cryptocurrency on the block? Certainly not Spagni, who serves as the lead maintainer on the Monero cryptocurrency project. So what makes this currency different to others?
Monero is branded as “secure, private and untraceable”, with accounts and transactions being cryptographically secured. The team behind Monero says that account files are encrypted with a passphrase, making them worthless in the event of theft.
Created in 2014, the currency is sitting at the number ten spot of most-traded currencies by market cap.

One of the more high profile names on the list in recent months, Deon is the creator of the Augmentors game, which harnesses blockchain in a rather cool way.
Backed via the Shark Tank TV show, the Augmentors game is a turn-based game that sees you battling with virtual creatures. In an interesting twist, you can buy rare creatures using in-game currency, and these are touted to actually be rare thanks to blockchain tech.
Blockchain is used to create an open ledger of owned creatures, with finite numbers of these creatures to be had as a result. Interestingly enough, the game was also funded by an ICO (initial coin offering), being one of the few ICOs to take place.

Not only was Lingham instrumental in backing Augmentors and several other firms as part of Newtown Partners, but the venture capitalist also has his own blockchain-based startup, dubbed Civic.
The startup uses blockchain to secure identities and prevent fraud. As previously reported by Ventureburn, Civic will notify consumers when banks and other institutions access your private data, allowing you to approve or deny the request.
It might be based in Silicon Valley, but Civic has recently announced plans to open a Cape Town office as well.

Claasen is another well known name in the cryptocurrency scene, both in South Africa and now globally thanks to his appointment as executive director of the Bitcoin Foundation. The role sees him and the board of directors advocating for the currency to be more widely used and accepted around the world.
Aside from the influential position at the Bitcoin Foundation, which sees him as a frequent speaker at industry events, Claasen has also backed several related startups as part of his Newtown Partners VC firm.
Some of the more notable startups backed by the firm include the aforementioned Augmentors game, Bitcoin service BitAccess and cryptocurrency/blockchain security firm BitGo.

GJ van Rooyen is the CEO and co-founder of Custos Media Technologies, being one of the more innovative DRM solutions on the market right now.
The technology effectively embeds Bitcoin tech in screener/review copies of video content, allowing studios to track infringers and fight piracy. But the kicker is that downloaders can claim a bounty if they ID other pirates.
The tracking technology has been applied to both movies and ebooks, while a deal with the Technology Innovation Agency was announced late last year as well.

Bitcoin exchanges are an integral part of making Bitcoin work, with Marcus Swanepoel being the CEO and co-founder of Luno, formerly known as BitX.
Luno is one of the more full-featured cryptocurrency platforms around, offering wallet functionality and support for major SA banks.
The service isn’t just for South Africa either, as Luno also boasts support for a dozen countries, including Indonesia, Nigeria, Kenya, Spain and Malaysia.

What happens when you combine solar power and Bitcoin? This is where the Sun Exchange steps in, being a rather interesting solar power initiative.
The company essentially lets you purchase solar panels using a “blockchain-based” payment system, with Bitcoin and national currencies accepted as payment.
From here, institutions, communities and other entities rent the panels for power, essentially giving you a “passive income”. The Sun Exchange handles rental collection and other administrative tasks.

iceCUBED is one of the more prominent cryptocurrency exchanges right now, offering Bitcoin and Litecoin trading to South Africans, Nigerians and more.
However, the platform is also one of the few local exchanges (or is it the only one?) trading the much hyped Ethereum currency, making it one of the more popular exchanges as a result.
Exchange founder Grobler is no stranger to the scene, being a regular speaker at industry events and advocating for more transparency in the sector.

Blockchain is a key technology underpinning Bitcoin, but there’s more to the technology than cryptocurrency though. From land claims to aforementioned use in gaming, blockchain has been touted for a variety of applications.
This is where Sonya Kuhnel and the Blockchain Academy step in, training financial institutions, corporate firms, schools and other organisations on the ins and outs of the technology.
The Academy provides training in both Cape Town and Sandton, via the Bandwidth Barn and AlphaCode Club respectively.

Was the name inspired by the former UN secretary general? Probably. But Bankymoon is more than just a cool name.
The service made a name for itself after they introduced a blockchain-enabled electricity meter, allowing people to pay for utilities with Bitcoin. The service has also delivered these meters to needy schools, allowing anyone around the world to pay for their electricity with cryptocurrency.