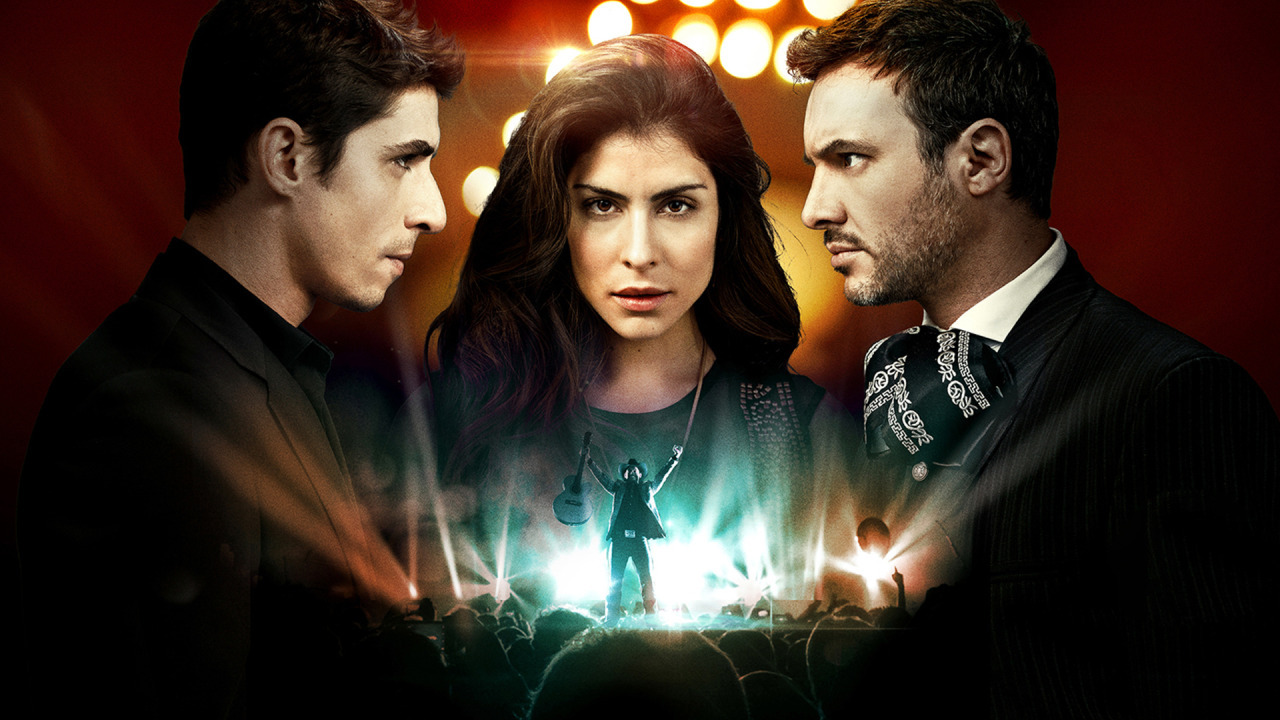 Here's a first look at the teasers for Telemundo's new novela Price of Fame, which premieres on Monday, 16 October at 21h00.

Coming up in its premiere episodes:

Julio Cesar is taken to hospital in an ambulance. Selva asks his father if he had anything to do with the shooting. Valeria is detained.

Valentin injures Treviño before escaping. Gilda informs Rafa that Julio Cesar is dying. Mateo returns to Houston to say goodbye to his brother.

Rafa closes the deal with Treviño. Manara and Rafa plan a tribute song for Julio Cesar, and Manara asks that Mateo produces it.

Mateo tells Moises that Belinda is pregnant. Amado tells Rafa that Mateo took Manara out on a date, and Rafa is furious.

Rafa asks Amado for drugs to plant in Itzel’s car. Treviño’s men are strategically placed to kill Mateo and Amado at the tribute to Neto Zabala.

The police discover the drug planted in Itzel’s car. Treviño falls victim to the poison he was given. Mateo and the Boricuas move in together.

Alexis announces Treviño’s death on the radio. Mateo, Rafa and Manara practise together at the studio, and Rafa confronts Mateo for courting Manara.

Rafa tells Amado that he has plans for Mateo. Itzel is placed in a cell, and Rafa confesses to her that he planted the drugs in her car.

Belinda discovers that there is something wrong with her baby. Lucho offers Itzel money in exchange for information on her relationship with Rafa.

Leticia leaks Manara and Rafa’s song online. Rafa tells Itzel that she must sign the divorce papers or she will never leave prison.


Premiere episodes of Price of Fame air on Telemundo from Mondays to Fridays at 21h00. Repeats air at 18h00.
The November teasers for Telemundo's new musical novela Price of Fame are available already so here they are for when you need them...

Coming up in November:

Gilda goes to the address printed on the matchbox, and finds that it’s an underground casino. Lorenzo asks Alexis to confess who he works for.

Carmelo beats Fernando to make him talk. Alexis calls Amado and tells him that Fernando disappeared. Rafa and Manara prepare their presentation.

Manara decides to stop working with Rafa, and Amado is furious. Julia manages to escape her guards, and goes to the concert with Nicolas.

Agustina tells Manara that Julia has disappeared, while Amado continues to search for her. Gilda is stabbed and badly injured in a car park.

Manara sings with Rafa, and he invites her to an awards ceremony. Amado gives the order not to hurt Gilda, but Renzo wants her dead.

The paparazzi follow Manara and Rafa, and the photos of them are published on social media. Amado pressures Rafa to help him with the Union.

Alexis shows Amado the photos Fernando gave him. Elena ends her relationship with Isaac and asks him not to bother her anymore.

Dylan and Diego get into a fight. Moses agrees to let Itzel stay on Mateo’s team, but asks Mateo not to have anything to do with her.

Nicolás suggests to Julia that they record a song together. Meanwhile, Amado tells Alexis that it may be necessary to kill Fernando.

Rafael and Amado agree to help each other out. Moisés and Mateo look for a way to discredit Rafael in order to remove him from the label.

Belinda asks Isaac to respect her. Isaac takes too many tranquillisers before performing on stage. Dylan offers to do a duet with Diego.

Leticia tells Rafael that she knows who ordered Gilda to be stabbed. Rafael suggests signing Manara for two more albums.

Bianco asks Manara to trust him and sign the contract. Amado tells Canseco that the union members do not want him as a police chief.

Amado tells Rafael that they have to kill Leticia. Itzel gives Santiago an envelope that seems to be from Fernando.

Davis tells Mateo that Amado is involved in the smuggling of illegal immigrants and weapons. Manara signs the contract with JC Records.

Agustina tells Manara that she is expecting a son with Amado. Itzel tells Lorenzo that she suspects Amado and Rafael are behind Julio Cesar’s death.

Amado tells Agustina that there is no point in her trying to escape. Mateo tells Valentin that his launch has been cancelled. Lorenzo seduces Itzel.

Valentin offers to kill Amado for Mateo, on the condition that he does not make deals with the Diplomat. Davis tells Cafre to investigate Amado.

Gilda tells Isaac that she cannot have children because of him. Rafael asks Lucho to investigate the lawyers who are helping Itzel.

Rafael is worried that his plans with Isaac might collapse. Amado asks Rafael for his share of what he won with Manara and Julia.

Isaac tells Matthew about his gambling problem. Amado gives his permission for Julia to go to dance school in London. Julia says goodbye to Nicholas.

Canseco asks his men to follow Elena and Lorenzo. Lorenzo tells Itzel that she has to choose between him and Matthew. Agustina goes into labour.


Premiere episodes of Price of Fame air on Telemundo from Mondays to Fridays at 21h00. Repeats air at 18h00.