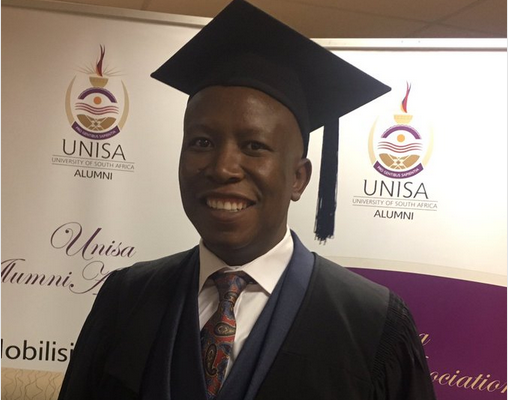 Pics! Julius Malema Graduates With His 2nd Degree! Another one in the bag for EFF leader Julius Malema who graduated today with his second degree from UNISA.

It looks like EFF is leading by example as far as education is concerned. Malema’s graduation comes barely a month after Ndlozi completed his doctorate from Wits.

Malema graduated with a BA Honors in Philosophy from UNISA. Check out photos below.