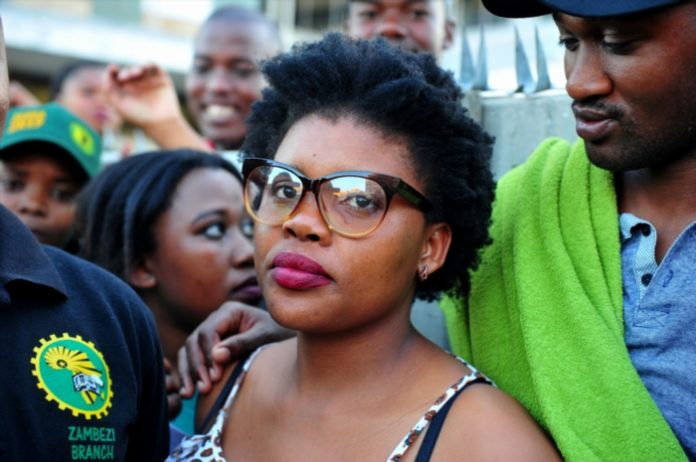 Walter Sisulu University Student Sibongile Mali must be regretting the day she had R14 million incorrectly deposited into her account. Besides from being chased around by her fellow students, she has to pay R800 000 back and could even face criminal charges.

”Intellimali officials laid a charge of theft at the Berlin police station today. The case has been assigned to a seasoned investigator and the standard investigative procedures will now be followed,”

Mali was due her monthly R1 400 from the National Student Financial Aid Scheme when she received R14 000 000 instead. She then allegedly spent R818 000 before one of her classmates exposed her after finding a bank slip showing she had millions in her account.
The university is also asking Intellimali for a report explaining how the student was able spend such large amounts of money at shops that are not part of the network that accepts payments through the specific debit card that lets their students access their NSFAS money.
The cards are only supposed to work at specific stores and food shops selected by the University itself.
Intellimali said last week that the payment amounts were all checked before they were transferred onto the students’ cards. The group also wants to know where the extra zeroes came from.
Intellimali has credited the university with the alleged R818 000 that the student spent.