The Other Side of the Soul teasers September 2017 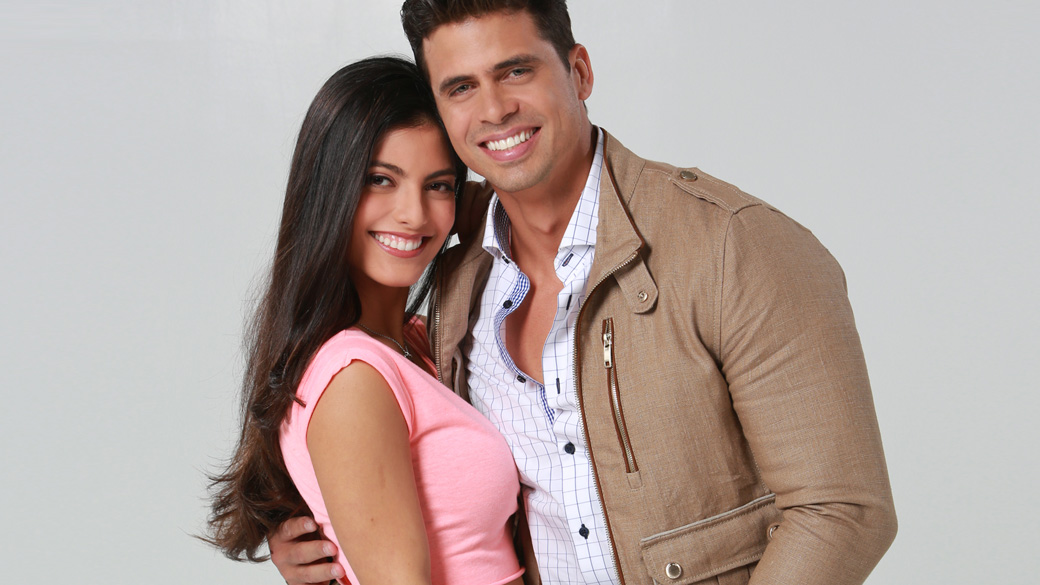 Coming up on The Other Side of the Soul (La Otra Cara Del Alma) this September 2017:

Elvira is grateful for what Alma did to help in Armando's release. Roberto cannot hide the truth about his health to his good friend Abel: he has an aneurysm. Doña Josefina wisely advises her granddaughter.

Father Ernesto does his best to calm those present as the townsfolk starts attacking Alma. Out of kindness and justice, Daniela tells Roberto to protect the evil beauty for the sake of the unborn baby.

Alma finds Gallo's love offer repulsive; but she states they will be accomplices until the very end and share the same destiny. Only the timely arrival of Nieves and Abel prevent an attack on Daniela's life.

Abel gets annoyed at Sofia because he believes she is using her daughter to justify the passionate night she shared with Juan, the obsessed father of her child. Jejen arrives at Valiente's to hide from justice.

Marcos can hardly believe his ears when he witnesses the moment Remedios demands to see Gallo so that she can alert Alma of the audit D.A. Rivera will carry out at the De la Vega silversmith's shops.

Alma's patience is running out, and she knows she must get out of the cell she is being kept in or she will have to face the charges against her. A medical diagnosis causes Roberto take drastic decision.

Daniela is appalled when Roberto calls it quit. Meanwhile, Alma deftly creates a new cobweb of lies to manipulate the Rivera. Marcos stands up for Lina when Gallo tries to make a move on her.

Jejen is shocked when Gallo orders him to kill Alma, the woman he loves. D.A. Rivera shows Abel the incriminating evidence which connects him to the fraud against the De la Vega's silversmith's shops.

Daniela is crushed by the death of her beloved grandmother, the woman that raised her. Even Alma's heart suffers over the loss of Aunt Josefina, whose final act of love was to protect her with her own life.

After the shock of learning Jejen is alive, Father Ernesto strongly advises Valiente to alert the police that Jejen was the one who murdered Doña Josefina. Elsewhere, Lina clashes with Gallo.

Roberto tries to negotiate with Alma for the sake of their child but warns her that no relationship will ever exist between them. Armando nearly loses his mind once he realises that Alma escaped with Roberto.

Armando is about to kill Alma with his bare hands but the baby's presence stops him. Daniela tells Sofia she still loves Roberto, and Valiente and Mariana donate the money Jejen left under his care to church.

Armando notices something strange when Alma claims that the baby is his. Daniela cannot avoid Roberto forever, and he tells her that he loves her and wonders if she returns his feelings.

Alma is unable to conceal the truth about the miscarriage to Armando but is sly enough to make him keep her secret. Lina is so moved by Marcos' pain that she tells him the part of the story that she knows.

Armando asks Alma to be his partner in an 'alternative' business. Sofia makes a terrible mistake which puts the life of Abel on the line and Daniela and Roberto decide that Fernando will marry them in secret.

Alma manages to make Remedios mistrust Daniela. Meanwhile, Felicitas tries to to ruin the cupcakes Valiente and Mariana bake in an attempt to give Jejen some of the money they donated to the Church.

Gallo orders the kidnapping of Daniela De la Vega, but only after Alma agrees that she will be his woman and get rid of Armando. Regent Gallo receives an unwanted visitor whose presence puts his plans at stake.

Daniela is taken away by the criminals but manages to leave clues for Roberto. Sofia rings Marcos the minute she is informed that Remedios is missing. Roberto accuses Gallo Maldonado of protecting criminals.

Something in Remedios' voice makes her sister realise she is in danger. Daniela is locked up with Rosy and Remedios when the head of the criminal ring appears. Gallo gets all riled up when the feds get involved.

Jejen saves his son Valiente but with dangerous consequences. Full of regret, he apologises to the youngster and advises him to look for Father Ernesto, the person that will keep him out of harm's way.

To save Daniela from a terrible destiny, Roberto helps Jejen. After Armando is found with the girl the criminals thought dead, the junior heads the list of suspects and Roberto finds important evidence.

This post first appeared on The Edge Search, please read the originial post: here
People also like
Teen Depression: Essential Signs & How Parents Can Help
Why I Chose to Be Vaccinated Against COVID-19
First Sounds From Mars Captured By NASA Rover

The Other Side of the Soul teasers September 2017